Let's Be Real, The Bucks Are Tanking, And We All Know It's A Good Idea 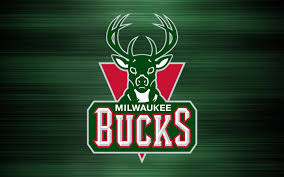 It has been a long while since the Milwaukee Bucks have been a contending team. Even if you want to call the 2001 team that lost in 7 games to the Philadelphia 76ers in the Eastern Conference Finals a "contender", it has still been over a decade since Milwaukee has had a team that the fans can truly get excited about. To make things worse, it appears that long suffering Bucks fans will have to show even more patience over the coming decade or so as their franchise once again enters "re-building mode".

It is no secret that the Brandon Jennings/Andrew Bogut and Brandon Jennings/Monta Ellis years were a big disappointment for the Bucks as they were hoping to turn the corner and at least become moderately successful. Instead, they found themselves floundering in the middle of the Eastern Conference, sometimes good enough to make the playoffs, but never good enough to actually contend.

In the NBA, nothing is worse than being in what is called "no man's land", which means not being good enough to compete for a title, and not bad enough to get a really high draft pick. After years of being in no man's land, the Bucks have finally made the wise decision to pull the plug and go kamikaze towards the bottom of the standings in hopes of landing a high draft pick by getting rid of Brandon Jennings and Monta Ellis.

To avoid accusations of tanking for the number one pick in the 2014 NBA Draft, the Bucks have signed young power forward Larry Sanders to a 4 year, $44M contract extension as well as signing Racine, Wisconsin native Caron Butler and Huntington, West Virginia native O.J. Mayo. By signing Sanders to this big time extension and bringing in solid veterans like Caron Butler and O.J. Mayo, the Bucks have the appearance of a team that is trying to avoid being at the bottom of the standings. However, I call the Bucks' bluff, and recognize that their front office is crossing their fingers for a high lottery pick in the 2014 NBA Draft. This upcoming draft is loaded, and the Bucks know it better than anybody else, which is why they had no issue dismantling a team that had just qualified for the playoffs. With a little luck, the Bucks just might have a team that is good enough to avoid the appearance of tanking, but bad enough to land the number one pick in the 2014 NBA Draft.

So far, I think they've set themselves up perfectly to accomplish this goal. Larry Sanders is a very promising young big man in a league that has a shortage of quality big men. Sanders is still offensively raw, but he already is a force in the paint, blocking 2.8 shots per game, and grabbing nearly 10 rebounds per game. However, he is still a few years away from being a consistent 15 points 10 rebounds a game kind of guy or even a 20 and 10 guy, which makes the timing of this contract extension perfect for the Bucks. Investing in Larry Sanders is an investment for the future, not for the present, which means that this is a good time to get other young pieces around him through the draft. By making Sanders their centerpiece right now, the Bucks are sure to struggle, flounder, and plummet close to the bottom of the league's standings, placing them in position to get the number one draft pick in 2014.

Where Caron Butler fits in along with O.J. Mayo in this plan to tank is a bit harder to see, but upon looking at it more closely, it becomes pretty obvious. Both are players with names that carry a lot of weight, which means nobody is going to suspect them of tanking. Like I said, when Butler is healthy, he's been an all-star, but that was years ago, and now he is only a mere 15 points per game guy at best on a bad team. However, most fans doesn't realize this, and instead think of Caron Butler as a guy who can average around 20 points per game, making the addition of Butler a very sneaky one by the Bucks. As for O.J. Mayo, the Bucks know that he he isn't going to blossom into an all-star level player, but they know that other teams still have this kind of naive faith in him, which makes the acquisition of Mayo come off as a move for the "future". Trust me, this isn't a move for the future. It's a move to appear like you are trying to become competitive when in reality you are hoping your franchise is going to go belly up for the top draft pick. O.J. Mayo is very nice player, but he isn't the kind of player that any young re-building team would want as a building block. He plays solid defense and puts up around 15 points a game. That's not a building block, that's a guy used to help your team save face with the fans in a season in which you hope you don't win more than 25 games. To put things more simply, Butler and Mayo are just there to keep the games within 15 points every night. That's all. The Bucks would gladly trot out the Washington Generals every night if they could, but they can't. They have to put on semi-entertaining basketball so that they can sell some tickets this upcoming season and convince Bucks fans to come watch them almost win.

If you aren't buying into this conspiracy, look at who they drafted this summer in the first round! They drafted a long lanky 18 year old kid from Greece named Giannis Antetokounmpo who is nothing short of a complete project. Heaven knows he isn't going to be a really good player for quite a while, which means that he won't help the Bucks win a lot of games this season. The Bucks didn't draft with the intent of getting a guy who could help them right away, they drafted with the intent of getting a guy who may help them in a few years once they have other pieces around Sanders and hopefully Kansas star Andrew Wiggins. It's a brilliant draft strategy given that their goal is to lose a bunch of games this year to get a high draft pick.

I know it sounds like I'm joking when I say the Bucks are tanking, but deep down we all know that is what's going on since it honestly seems like the smart thing for the Bucks to do. This 2014 NBA draft is supposed to be one of the best drafts we have seen since it has many players who could turn a struggling franchise into a contender. If the Bucks want to contend, they have to try and land a high pick in 2014, which means they need to tank. Tanking isn't pretty, but it can prove to be effective if you get a high enough draft pick and pick the right players. Hopefully it pays off for the Bucks.