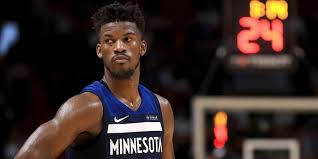 Earlier this week on NBALord.com, I addressed the tension growing between Timberwolves star Jimmy Butler and head coach Tom Thibodeau. Since that article was published on Tuesday, multiple reports have surfaced that confirm that the Timberwolves will indeed look to move Butler and that he will not be present at team media day on Monday.


Sources: Minnesota owner Glen Taylor has made it clear to President/Coach Tom Thibodeau and GM Scott Layden that Jimmy Butler's on the trade block and Taylor wants the front office moving to find a deal. Taylor is pushing for a fast resolution.
— Adrian Wojnarowski (@wojespn) September 23, 2018

Personally, I think the Timberwolves should entertain the possibility of firing Thibodeau if that will keep Butler around, but it does not look like they are going to go that route. With that being the case, below are five likely landing spots for Butler.

#1. Los Angeles Clippers: There have been additional reports that Jimmy Butler would prefer to get traded to the Los Angeles Clippers. He likes Los Angeles and the Clippers are in need of a new superstar to build around.  The Clippers also have some assets that the Timberwolves might like such as Tyrone Wallace, Lou Williams, and rookie Shai Gilgeous-Alexander. If the Timberwolves want to get rid of Butler as quickly as possible, the Clippers should be the first team they call.

#2. Milwaukee Bucks: Butler played his college ball at Marquette in Milwaukee, so going to the Bucks would be a homecoming of sorts for him. I don't know if a duo of Giannis Antetokounmpo and Butler would be enough to get the Bucks to the NBA Finals, but it would certainly be interesting to find out.

#3. Los Angeles Lakers: If Butler wants to go to Los Angeles, the Lakers are the only other alternative to the Clippers. What makes the Lakers a likely landing spot for Butler is they have a ton of assets to offer and are in desperate need of another superstar to pair with LeBron James. A duo of James and Butler would wreak some serious havoc in the Western Conference. They'd be instant contenders.

#4. New York Knicks:  The New York Knicks are rumored to be on Butler's list of preferred destinations and they could really use another superstar to pair with Kristaps Porzingis. If the Knicks can land Butler, they'll definitely be cooking with gas at Madison Square Garden. I don't know how good they'd be, but they'd be an instant playoff team in the Eastern Conference.

#5. Brooklyn Nets: The Brooklyn Nets are also rumored to be on Butler's list of preferred destinations and they are in desperate need of a superstar. On top of that, they have the space to sign him. Like Chicago and New York, an added bonus of trading Butler to Brooklyn is that he'd be out of the conference. The Timberwolves are probably hesitant to help out a team that they might end up facing in the playoffs, upping the odds of Butler getting shipped out East.

Tomahawk Tuesday: Is Tom Thibodeau the right man to coach the Minnesota Timberwolves

On Tuesday, ESPN's Adrian Wojnarowski reported that Tom Thibodeau met with Jimmy Butler in Los Angeles to talk about his future with the Minnesota Timberwolves organization. Despite reaching the playoffs in his first year with the team, Butler is reportedly unhappy about the direction of the franchise, specifically as it pertains to the job that Thibodeau is doing as head coach and president of basketball operations.

While he has a track record of success in Boston, Chicago, and now Minnesota, Thibodeau has been known to be a hard guy to play for. He demands a lot from his players and doesn't seem to be too sympathetic to the pounding NBA players go through during a full 82 game season. Rather than resting his players and playing his bench, Thibodeau tends to go with shorter rotations, resulting in his star players having to exert more energy on a nightly basis.

Thibodeau's coaching philosophy may be a contributing factor to all the injuries that Derrick Rose had during his time in Chicago as well as injuries to Joakim Noah, Zach LaVine, and Jimmy Butler. While it's conceivable that Butler has other issues with Thibodeau as well, the way he treats his players appears to be his main gripe. If you are an NBA player, you want to make as much money as you can and play basketball for as long as you can. Playing for a coach that runs his players into the ground is something a player should want to avoid at all costs. Even it means playing for a less competitive team.

In regards to how the Timberwolves should handle this, it's a tricky call. The name of the game as far as they are concerned is to win basketball games and Thibodeau has done a good job of that during his brief time in Minnesota, guiding the Timberwolves to their first playoff appearance since the 2003-04 season. On the flip side, when you have such a talented young core consisting of Karl-Anthony Towns and Andrew Wiggins, do you really want to risk long-term damage to them?

What could ultimately decide this is how the other players on the team feel about him. If it's only Jimmy Butler that has a beef, maybe the Timberwolves trade him for some assets before he gets the chance to walk away from them next summer in free agency. If on the other hand, Andrew Wiggins, Karl-Anthony Towns, and others also complain to ownership and take things public, it would probably be the wise thing to fire Thibodeau and find a guy who is a little less stringent in his thinking. I guess we'll have to wait and see what final direction this takes, but if I'm making a prediction, I don't see how Thibodeau stays with this team for the long haul. The short-term benefits don't seem to outweigh the potential long-term damage.

To connect with Ben Parker, click here.
Posted by Ben Parker at 10:46 PM No comments: