Tomahawk Tuesday: How dangerous are the Utah Jazz? 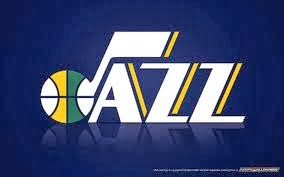 If there is a team that will make a huge jump in the 2016-17 season, many people are expecting that team to be the Utah Jazz, who are coached by Quin Snyder. The Jazz added George Hill and Joe Johnson in the off season and expect to have Dante Exum and Alec Burks at full strength come opening night to round out a roster that consists of Gordon Hayward, Rudy Gobert, Rodney Hood, and Derrick Favors.

Due to their talent, youth, and upside, there is tons of chatter of the Utah Jazz being a top 10 team in the NBA and a team that can threaten to reach the Western Conference Finals. Considering that the Utah Jazz went 40-42 and finished 9th in the Western Conference last season, to call them contenders this season feels to be a bit of stretch to me.  I don't deny the talent level that is there and the upside that this team has. Dante Exum very well become one of the top players in the NBA and Rudy Gobert likewise has all the tools to be the next dominant big man in the NBA. In addition, Derrick Favors and Gordon Hayward, while not all-stars, are getting better every season and establishing themselves as one of the best players in the league.

But with that all being true, I don't see them as a team that will threaten to come out of the Western Conference. They're just not there yet and that's ok. They're right where they should expect and hope to be, which is to be a team that people are looking at and saying, "Those guys are gonna be really good in a couple of seasons."

Jazz Nation will say that the future is now and that this team is gonna make serious noise due to their off-season acquisitions, health, and one more year of seasoning. While I do think that all of those things bode very well for the Jazz, I still think the Jazz will be in a dogfight to make the playoffs and win a series. The Warriors and Spurs will be the top two teams in the Western Conference again and the Thunder with Russell Westbrook will still be very dangerous even with Kevin Durant jumping ship. As for the rest of the conference, the Clippers, Grizzlies, and Trail Blazers should prove to be competitive. Even the Timberwolves should be a team that people keep an eye on.

The Western Conference is still loaded and the Jazz have to go out and prove that they are one of the best teams in the conference. If there is anything that should worry the Jazz it is their lack of a true superstar. Rudy Gobert and Dante Exum have superstar potential, but they aren't there yet. Gordon Hayward and Derrick Favors, while being very good players, don't have superstar potential.  They have all-star potential, but not the potential to be guys who lead a team to a championship. They can help a team win a title, but they can't be the centerpieces of a championship team like John Stockton and Karl Malone proved themselves to be.

As for what type of expectations we should have for this Utah Jazz team, I think we should expect them to make the playoffs with the hopes that they find a way to win a series. If they do that, they should be very happy with how they are progressing. I love the direction that this team is going and I have no doubt that a championship may be coming to Utah in the near future, but I don't think they will make the huge leap that other people are expecting.

Note: This blog post also appears on my Utah Jazz blog: utahjazz406.blogspot.com. Click here to check it out.
Posted by Ben Parker at 10:54 PM 4 comments:

Saturday Slam: Kevin Garnett had a solemn dedication that will never be duplicated 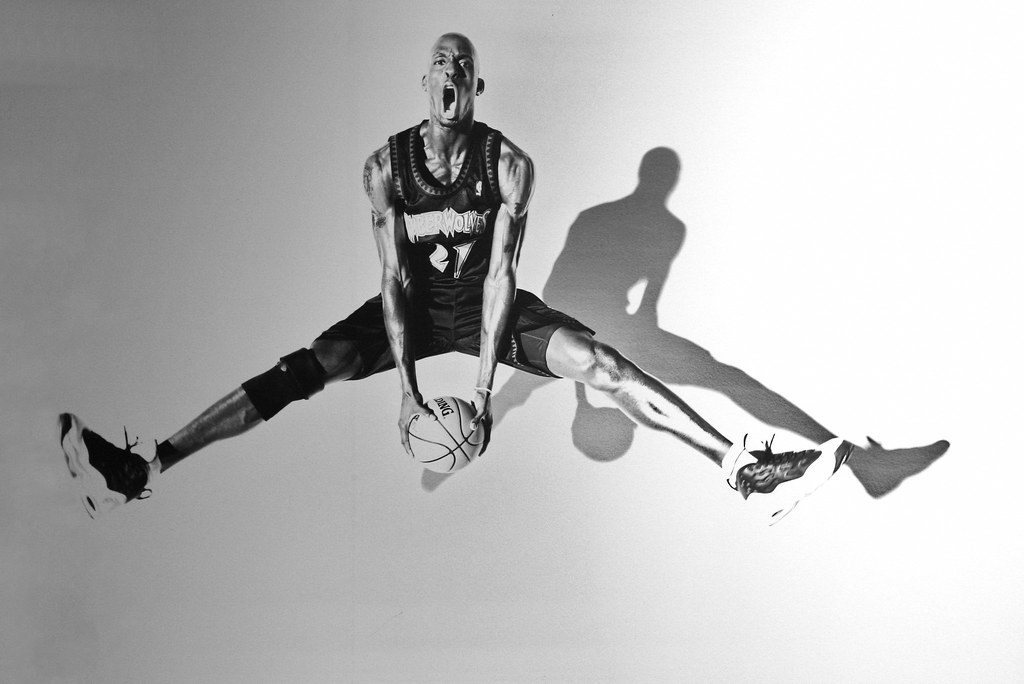 After 21 seasons in the NBA, Kevin Garnett is calling it a career, finishing with career averages of 17.8 points, 10.0 rebounds, and 1.4 blocks per game. Kevin Garnett accomplished a lot in his career. He won an NBA championship with the Boston Celtics, was named Mr. Basketball in the state of Illinois in 1995, and he put the Minnesota Timberwolves franchise on the map. He is without question a first ballot hall of fame player and one of the best players of his generation.

When looking back on Kevin Garnett's career, what stands out the most is the passion that he played with every night. Kevin Garnett had an almost psychotic approach to the game of basketball. He was obsessed with giving it his all on every play and never backed down to anybody. If an opponent took a shot after the whistle, Garnett would still block the shot and prevent it from going through rim.

Kevin Garnett could not allow himself to give his opponents one iota of confidence and did everything he could to get in their heads. He was the king of trash talk and on court swagger to the point that it absolutely annoyed you if he was playing against you. At the same time, if he was on your team, he fired you up and made you believe you could win. He was absolutely a guy who you wanted in your corner when the chips were down. He put his teammates first and was willing to die for them if needed.

Kevin Garnett was old school in that he really played for the love of the game. He didn't play for the money, the fame, or the personal recognition. He played the game of basketball because he loved it and had a solemn dedication to it that is seldom seen. He never disrespected the game or took it for granted. Every minute he was on the floor he cherished and he gave it his all. He recognized that he had a talent and a gift that few people had and he did not want to waste it for even a moment.

Just like how there will never be another Kobe Bryant or another Tim Duncan, there will never be another Kevin Garnett. I'm not sure we will ever see another player who plays with quite the same amount of fervor and vigor that Kevin Garnett played with. He loved the game and it showed in every moment that he was on the floor. Even when he was at the end of his career, he still had a desire to reunite with the Minnesota Timberwolves franchise and mentor the next generation of NBA players. His heart has always been in the right place and the game of basketball has been richly blessed because of it. Kevin Garnett, you will be missed.
Posted by Ben Parker at 9:57 PM 2 comments:

This weekend, the Basketball Hall of Fame enshrined its newest members.

All 10 people deserve Hall of Fame status, but since this is an NBA blog, I would like to reflect on Shaquille O'Neal, Yao Ming, and Allen Iverson. 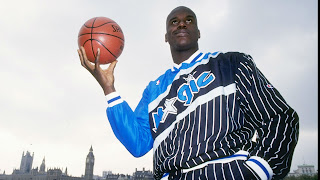 Shaquille O'Neal: Shaquille O'Neal is one of the most dominant big men the NBA has ever seen. He won four NBA championships and reached the NBA Finals six times. He averaged 23.7 points and 10.9 rebounds per game during his entire career and at his peak averaged close to 30 points and 14 rebounds per game. What I've liked most about Shaquille O'Neal is that he had fun along the way. While he brought his A-game every night and delivered the goods, he did it with a smile on his face and understood that the NBA is as much about entertainment as it is about competition. His understanding of this is well reflected on Inside The NBA, where he combines comedy and humor with quality insight. 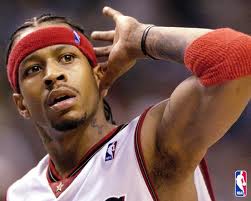 Allen Iverson: Allen Iverson might be the greatest player to play the game at 6'0 and under. "The Answer" showed up every night and played with as much heart as anyone we've ever seen play the game. He didn't let his size prevent him from putting up big numbers. In the 2000-01 season, he was awarded with the NBA regular season MVP award due to his 31.1 points per game and ability to carry the 76ers on his back. He took the 76ers all the way to the NBA Finals and put up a remarkable performance in Game 1 to steal a game in Los Angeles before falling to the Lakers in five games. It's unfortunate that his "practice rant" became so famous because in truth, Iverson played with a tremendous amount of heart and never gave up. 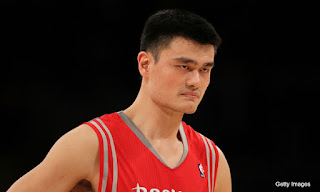 Yao Ming: While his NBA career was cut short due to injury (8 seasons), Yao Ming has made a tremendous impact on the game of basketball from a global perspective. Thanks to Yao Ming, the NBA and the game of basketball has flourished in China. Without him, basketball wouldn't be nearly as global as it is now. So, while his NBA career doesn't warrant hall of fame status, his impact on the sport absolutely does warrant hall of fame status.