Will Phil Jackson Turn The Knicks Into A Serious Contender? 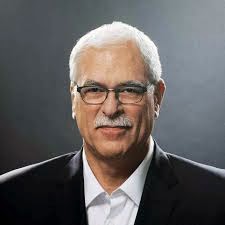 Phil Jackson is known for being one of the most brilliant basketball minds of all-time. He has 11 NBA Championship rings as a head coach, and has coached the greatest players in the game, coaching Michael Jordan and Scottie Pippen on the Bulls in the 1990s and Shaquille O'Neal and Kobe Bryant on the Lakers in the 2000s. Championship success seems to ooze out of him like a fine white wine oozes out of grapes. He has this almost mystical aura about him that seems to be a magnet for success. Nobody else seems to have that aura, and yet everybody wants it. That is why the New York Knicks have decided to hire Phil Jackson as their President of Basketball Operations. They hope that with Phil Jackson running the ship, they too will have some of that championship magic rub off on their own organization. It should be noted that Phil Jackson played for the Knicks during his time as an NBA player and also was a member of their only two NBA Championship teams, which won the NBA Finals in 1970 and 1973. The Knicks hope that in his return to the Big Apple more championships will follow. While one can't guarantee that Phil Jackson will bring championships to the Knicks, one can be confident that he'll put the team in a great position to contend for a title.
The reason why I'm confident he will have a such an impact on the Knicks is because he has had a powerful impact everywhere he has gone. If he had a powerful impact on both the Bulls and Lakers, why doubt his ability to have a similar impact on the Knicks? Plus, both the Bulls and Lakers were in similar boats as the Knicks are right now before he started coaching them. Both teams had a talented super star who needed proper coaching, and the Knicks have that same kind of player in Carmelo Anthony. I'm not saying that Carmelo Anthony is Michael Jordan or Kobe Bryant, but I am saying that he is a talented player who certainly could be molded into a championship player with the right pieces around him. I am confident in Phil Jackson's abilities to know what Carmelo Anthony needs around him to succeed.
Phil Jackson is sure to know what Carmel Anthony needs around him because he has both coached superstars like Carmelo Anthony and also been around great front offices who put together quality teams around their superstars.  Phil Jackson knows that the key to Michael Jordan winning 6 championships was more than just having Scottie Pippen as his right hand man. They key was having guys like John Paxson, Horace Grant, and Dennis Rodman around him to fulfill niche roles. Phil Jackson should be able to find guys to fulfill similar roles on the Knicks with Carmelo Anthony as the centerpiece.
It's no guarantee that Phil Jackson delivers a championship to the New York Knicks, but it can almost certainly be a guarantee that he'll do a great job and put them in a great position to win a title in 3-5 years. Remember, unlike other guys who have taken a stab at being general managers, Phil Jackson has already been in management as a coach and on top of that he has been around great front offices for many many years. Those who say this is a risky hire don't understand that the resume he has to succeed at this job is actually very strong.

With A New Team In Chicago, It Is Time For Jimmer Fredette To Produce 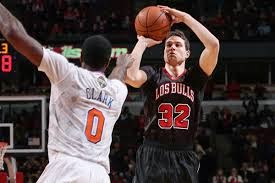 It is no secret that Jimmer Fredette had a rocky time during his days with the Sacramento Kings. Ever since his rookie season, it had been more than obvious that the Kings didn't want him around. The blossoming of young point guard Isaiah Thomas was one of the earliest signs that this team didn't want him around, but even aside from that, they never really gave him a chance to shine and do his thing which is score the basketball. But now that he is out of California's state capital and on a new team with the Chicago Bulls, he can put those ugly days in Sacramento to rest and start afresh in the Windy City. While it may take a little bit of time for Bulls head coach Tom Thibodeau to break Jimmer Fredette into the rotation, Jimmer's stop in Chicago is an opportunity for him to show that the Kings made a mistake in giving up on him, and prove that he belongs in the NBA has one of the better scorers in the game. If he can't establish that in Chicago, he may be forced to face the music that he is destined to be a bench warmer for the rest of his career.

The main reason I say this is because Chicago should be a great fit for him. The Bulls need scoring, 3-point shooting, and also depth at the point guard position without Derrick Rose. Plus, the Bulls defend so well that they should be able to mask Jimmer's one weakness which is on-the-ball defending. If the Bulls can't find Jimmer a comfortable role on their team with their needs and also their primary strength, it's gonna look really bad for Jimmer Fredette going forward.

Now as to what I think will happen, I think that Jimmer Fredette will eventually find a nice little role on this team. I don't say "little" to make it come off like he won't do much, but "little" as in he will fulfill his small role nicely which is to come off the bench and score in addition to running the point. D.J. Augustin and Kirk Hinrich are the only capable point guards on the Bulls right now, which should mean that Jimmer Fredette will eventually see some solid minutes at the point guard position. Hinrich and Augustin are good enough that if Jimmer struggles, they will take over the point position without him if needed, but Tom Thibodeau would love to give those guys more rest if Jimmer Fredette could produce. That is why I think Jimmer will get a fair shot with the Bulls, which thus means I think he will succeed. Getting a fair shot is all that Jimmer has needed and now that he will get one on the Bulls, I expect him to succeed and prove himself capable of helping out other teams in the future should he not end up on the Bulls for the long term.

In conclusion, Jimmer Fredette has a golden opportunity to prove himself in Chicago and put his rocky past in Sacramento behind him. He is on a good team with a good coach who has the resources he needs to succeed and also the need for a player like him to come along. Chicago on paper should be a nice fit for Jimmer, which is why now is the time for Jimmer Fredette to produce and prove to the NBA who he actually is.