Saturday Slam: Look out for the Minnesota Timberwolves 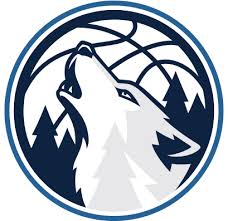 While some lottery-bound teams like the Philadelphia 76ers, Los Angeles Lakers, and New Orleans Pelicans are crashing and burning to end the season, the Minnesota Timberwolves are actually starting to find their groove and build some momentum going into next season. The 28-52 Timberwolves have won 6 of their last 10 games including 3 straight road wins over the Golden State Warriors, Sacramento Kings, and Portland Trail Blazers.

The win in Golden State took the basketball world by surprise on Tuesday. The Warriors were favored by 14.5 points and looked to steamroll the Timberwolves as they go about trying to break the 1995-96 Chicago Bulls' record for most wins in a regular season. Instead, the Timberwolves came from behind to stun the Warriors in overtime on their home floor by a final score of 124-117. Shabazz Muhammad led the way for the Timberwolves with 35 points and 6 rebounds while Andrew Wiggins finished with 32 points, 5 rebounds, and 4 assists. Other notable Timberwolves performers were Karl-Anthony Towns with 20 points and 12 rebounds and Zach LaVine with 16 points, 4 rebounds, and 5 assists.

The Minnesota Timberwolves' biggest weakness is inexperience and youth, but very much like the Utah Jazz have started to build around a talented young core, the Minnesota Timberwolves are as well. Only, I actually like the Timberwolves' core even better. Unlike Gordon Hayward, Andrew Wiggins has the chance to be the number-one guy on a championship team. As for Karl-Anthony Towns, he could be the next premier big man of the NBA.

All in all, the Minnesota Timberwolves are on the right track to being a very competitive in the NBA for a long time. They have youth and all-star level talent. Look at them as a caterpillar in a cocoon that isn't yet a butterfly. They are in the process of becoming something special, but they just need more time to grow and develop.
Posted by Ben Parker at 11:59 PM