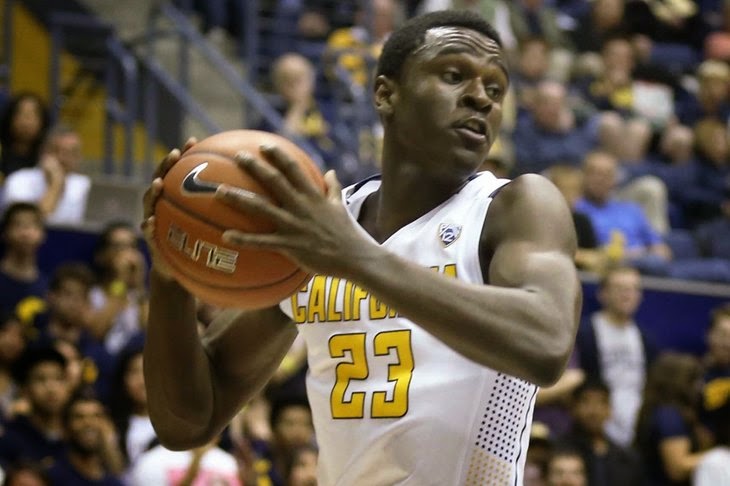 With the college basketball season starting in six weeks, it's time for me to start my coverage of the Cal Men's Basketball team on here in my new segment "Bear Territory Thursday". Once a week I'll be doing a blog post on the California Golden Bears since I currently go to the school and I really got into the team last season. I got season tickets last year, missing only one game (the Fresno State game), and I got my season tickets again this year. Having followed the team really closely last year while also tweeting about them, I feel like I have ample knowledge about the team to start covering them more in-depth this season.

I hope that this segment will provide Cal fans a fun place to stay updated on the team and non-Cal fans a window into the college game. Now that I've set up an introduction to this new segment, let me dive into my season preview for the 2014-15 California Golden Bears.

The California Golden Bears are coming off a season that was filled with lots of highs and lows. The ultimate high point of the season was Justin Cobbs' game winning shot from the corner to down #1 ranked Arizona at the buzzer. I was present at that game and got to rush the court with my fellow students. It was an unbelievable moment and one that will forever go down in history as one of the greatest moments in the history of Cal athletics. 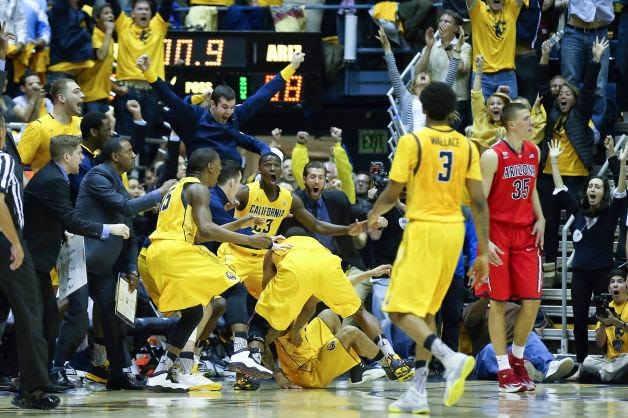 The low point of the season was missing the NCAA tournament. Losses to Utah, Stanford, USC, and Colorado down the stretch cost the Golden Bears a spot in the NCAA tournament. After having such a high point with the win over Arizona, it was unfathomable to think that Cal would actually miss the tournament.

However, despite the low of missing the NCAA tournament, Cal got a second wind in the NIT and ended up losing to SMU in a heart breaker. During the NIT, Cal freshman shooting guard Jabari Bird started to show flashes of why he was a McDonald's High School All-American and why many NBA scouts had such keen interest in his talent, scoring 20 points on 3/6 three-point shooting in the game against SMU. It was disappointing to go out on a loss, but it was also encouraging to know that the future of the team appeared to be in good hands. 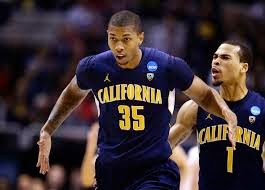 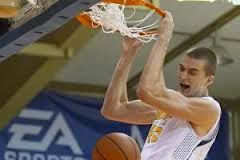 The good news is that there appears to be other guys ready to fill the void left by Cobbs and Solomon. The guy most ready to fill that void is David Kravish, who plays the power forward position. Kravish is going to be a senior this year and he is coming off his best season in a Golden Bears uniform in which he averaged 11.4 points, 7.7 rebounds, and 2.1 blocks per game. He too was one who the team could count on in crunch time, remaining consistent and steady throughout the season.

If there is anything certain and definitive that I can tell you about the Cal Men's Basketball team, it is that David Kravish will come to play every night. He will score, he will rebound, and he will defend. He will always play a complete game on both ends of the floor.

As for the rest of the team, that really remains to be seen. Jabari Bird, who I've already mentioned has the talent to be really good this year and turn Cal into a legitimate threat to win the Pac-12. If Bird turns into an NBA first round pick, Cal could be scary. However, it's no slam dunk that he becomes that kind of player since he still seems to be a work in progress. 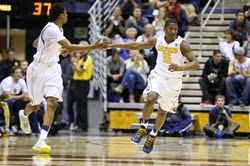 The other two players who legitimately can fill the void left by Cobbs and Solomon are Tyrone Wallace (junior) and Jordan Mathews (sophomore). Wallace is a 6'5 combo guard who played a lot of shooting guard last season, but seems to be more of a natural point guard. His driving, ball handling, and passing abilities are fantastic, but his outside shot comes and goes. While it is was encouraging that his three point percentage improved from 22.4% in his freshman year to 32.1% in his sophomore year, his three point shooting was still a weak spot for him and one that he'll have to continue to improve on if he wants to be effective at the shooting guard position.

He didn't have the kind of season that everybody hoped he would have in his sophomore year after there were whispers of him being a potential first round pick in the NBA draft. He only averaged 11.3 points, 4.1 rebounds, and 2.7 assists per game. More importantly, he wasn't reliable down the stretch when Cal needed him to step up. There were some games when he evaporated and appeared to be invisible as Justin Cobbs, Richard Solomon, and David Kravish carried the load.

With Cobbs and Solomon now gone, Wallace will get a chance to prove that the hype around him is legitimate. If he backs up the hype along with Jabari Bird, Cal will have a really competitive team that will be tough to beat whether they are at home or on the road.

As for Jordan Mathews, who is a natural shooting guard, he too could be really good. His 32 points against Oregon on the road last season raised some eyebrows across the PAC-12 and gave people reason to believe that he could be something special. But like Wallace and Bird we'll have to see if the hype around him is legitimate. If he can come into his own, Cal's new head coach Cuonzo Martin will have four quality pieces to work with.

As for the rest of the team, there isn't anybody who can be expected to fill the void left by Cobbs and Solomon, but there are guys who can be really nice pieces to go alongside the four guys I just mentioned. Sam Singer is a really solid point guard who passes well, defends well, and doesn't turn the ball over. His assist to turnover ratio last season was above 2.0 which I found to be remarkable for a freshman.

Incoming freshmen Brandon Chauca, a 5'9 point guard, and Kingsley Okoroh, a 7'1 center, will also be players who could make a difference on this Cal team. Chauca was really good at scoring the ball in high school and Okoroh has the potential to be a force in the paint.

Swingman Roger Moute a Bidias and power forward Christian Behrens should also be able to provide quality minutes off the bench as well. Moute a Bidias might be in for a breakout season of sorts, but the lack of minutes he got last year makes it really hard to gauge where his ceiling is. 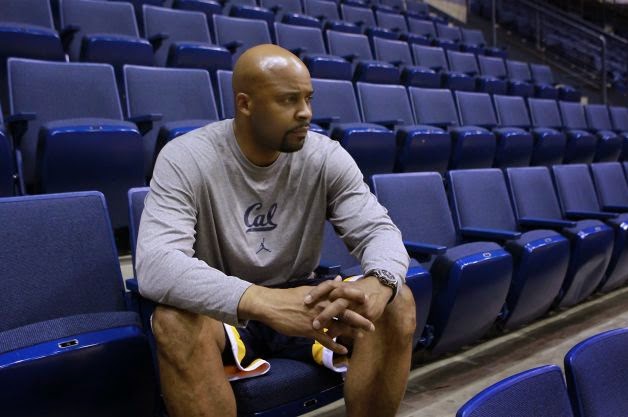 Last but certainly not least is the departure of head coach Mike Montgomery and the arrival of new head coach Cuonzo Martin, who coached last season at Tennessee. Martin has a good track record and the players at Tennessee from what I've heard really loved him. What helps confirm this to me is that one Cal player I talked to said he loves Coach Martin and that he is excited to play for him.

Also, for what it's worth, I've been hearing from people close to the team that Martin is really making the team work hard and put in the extra time so that they can get a grip on his basketball philosophy. In addition, other Cal players have told me to expect big things this season, implying that they are really buying into Martin's coaching method and philosophy.

To sum this all up, what I will say is that Cal has the potential to be as good as they were last year and possibly better. If Jabari Bird and Tyrone Wallace show why they were hyped to be first round picks in the NBA draft, Cal could make a deep run in the NCAA tournament. If those guys fail to live up to the hype, then Cal will be in a dog fight to make the NCAA tournament. The uncertainty surrounding Bird, Wallace, and Mathews is the biggest question mark going into the season. Until we see how those guys pan out, we won't be able to figure out the ceiling of this Cal team. Go Bears!