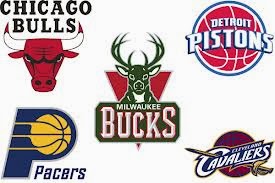 I conclude my previews of the Eastern Conference with my preview of the Central Division, home to the Chicago Bulls, Milwaukee Bucks, Indiana Pacers, Detroit Pistons, and Cleveland Cavaliers. Like my other previews I will list the teams in order of where I think they'll finish with their projected win total in parentheses.

The Cleveland Cavaliers have gone from being cellar dwellers in the Eastern Conference to being favorites to win the Central Division. That kind of transformation can happen when LeBron James and Kevin Love get added to your team. There is no doubt that the Cavaliers will be good, but we still don't know how good.
Will they win the Eastern Conference title? Will they win the NBA championship? These are the questions that are on the minds of NBA fans everywhere and ultimately only time will answer these questions for us. However, it is my responsibility on here to give you my honest opinion and answers to both questions.
In response to the first question, I think the odds are around 75% that they win the Eastern Conference title. I give 20% to the Bulls and 5% to the rest of the conference. With the way that this Cavaliers team is built, one has to put them as the odds on favorite to win the Eastern Conference even though this group as a unit remains unproven. As for winning the NBA championship, I give them 35% odds. The Spurs are still my pick to win the NBA championship, and after them you have the Thunder and the Clippers who I also think could threaten to win the title as well.
But with that all being said, this Cavaliers team looks ready to compete with those kind of teams right away. LeBron James is the best player in the NBA, Kevin Love is the best power forward in the NBA, and Kyrie Irving is a top-five point guard.Those three alone make them the favorite to win the East, but when you look at the rest of the team, it becomes really hard to figure that they won't win the Eastern Conference crown. In addition to the three superstars I mentioned, they also have Shawn Marion, Mike Miller, Dion Waiters, Anderson Varejao, and Tristan Thompson. Those five players form a really nice supporting cast for the Cavaliers' "Big Three" and should provide the additional help needed to get the team over the top.
Marion provides veteran leadership and scoring, Miller provides a three-point threat, Waiters provides an additional scoring punch that should produce around 13-14 points per game, and both Varejao and Thompson will grab rebounds and do all the dirty work. This team is very nicely constructed to win right away, and so I expect them to do just that. I'm just not sure it will all come together so nicely that they win the entire NBA championship in just one season together. 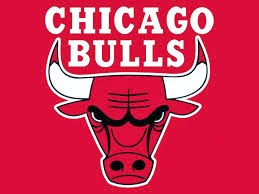 Chicago Bulls (52)
The Chicago Bulls are a really tough nut to crack. On paper the team looks fantastic. They have Derrick Rose healthy, they added Pau Gasol, and they got some nice rookies in Doug McDermott and Nikola Mirotic. There really isn't a weakness on this team. They can score, they can defend, and they can rebound. The only question mark surrounding this team is health (primarily the health of Derrick Rose). If this team stays healthy, they will prove to be the biggest obstacle for the Cleveland Cavaliers to hurdle in the Eastern Conference. If they don't stay healthy (i.e. if Derrick Rose gets hurt again), they will have a hard time getting out of the first round of the playoffs.
With so much hinging on the health of Derrick Rose, this team will have to find ways to keep Rose healthy and limit the number of minutes he plays throughout the regular season. In my opinion, Rose shouldn't play more than 36 minutes on any given night. I.e. He should get at least one full quarter of rest each night. Doing this would cost them wins in the regular season, but it would also likely ensure them a championship caliber team in the playoffs. Rose seems healthy enough to play 36 minutes per game, but beyond that I wouldn't push him.
In addition to the health of Derrick Rose, I think a lot of this team's success hinges on the coaching mind of Tom Thibodeau, a defensive guru who is allergic to offense. At some point, the Bulls' front office has to wonder whether or not Thibodeau is too defensive minded. I said above that they have no weaknesses, but I was only referring to their player personnel. The players they have can score just fine, rebound just fine, and defend just fine.
But Thibodeau for whatever reason has the tendency to try to win off defense and rebounding alone, which might come back to haunt the Bulls. So far Thibodeau has gotten a hall pass for his shortcomings due to Rose being injured, but if Rose is healthy and the Bulls don't come close to winning the Eastern Conference, odds are good Thibodeau gets fired after the season.
Overall, I really like this Chicago Bulls team. They have the pieces to contend and win the NBA championship this season. It will be especially interesting to see what Pau Gasol brings to the table and what kind of role he plays in the development of their rookie European big man Nikola Mirotic. If Gasol produces at a high level and if Mirotic starts to show signs of being a key piece for the future, the Bulls will likely have higher than 20% odds of winning the Eastern Conference. 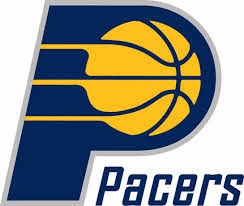 With Paul George likely missing the entire season, this team will have a hard time making the playoffs. The only way this team can make the playoffs is if Roy Hibbert comes out of hiding and actually plays like a big man who isn't allergic to rebounds. Hibbert has to step up and prove his worth this season. If he struggles and can't lead out, this team should try to trade him at all costs and possibly cut him. You can't have your team relying on the mentally weak and that's what Roy Hibbert was last season. If he proves to still be a mental midget, the Pacers will have no choice but to part ways with him.
As for the rest of the team, only David West seems to be a guy who this team can rely on for any sort of stable and consistent production. You know that he'll put up solid numbers around 13-14 points per game with around 7 or 8 rebounds, but that kind of production won't be enough for this team to make a dent in the Eastern Conference playoff picture.
You might be thinking "What about George Hill?". George Hill is a disappointment in my book. He averaged 10.3 points and 3.5 assists per game last season. That is nothing close to the kind of production that the team needs from him and I don't see any reason to think he'll be any better than last season. Of course, if he could step up and average around 15 points per game in George's absence, that would be huge.
With Paul George going down, the loss of Lance Stephenson will loom large this season. He is a guy who could have given David West real help. He'll be a great fit in Charlotte and will be sorely missed this season. Had he been on the team, I would say that the Pacers make the playoffs for sure. But without him, it's gonna be dicey.
Overall, this team is going to struggle without Paul George. Frank Vogel is going to get a hall pass this year if the team misses the playoffs as he should. He's a fantastic coach who held the team together as if they were a wooden house made out of Popsicle sticks. He did the best he could, but his guys let him down. This year, he just doesn't have the horses. This will be a lost season for the Pacers, but perhaps Vogel can learn more about the rest of the guys he has on the team and find out who he wants for the future. Especially Hibbert and Hill. 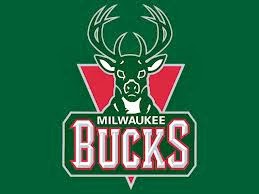 The Bucks are entering a new era with new ownership, a new coach, and a new face for the franchise. There is reason to be hopeful for the future, but as for this season, this Bucks team is going to struggle. I have full faith in Jabari Parker and Giannis Antetokounmpo being a dynamic duo in five years, but right now they'll have to go through some growing pains. A successful season for the Bucks will be if Jabari Parker is in the running for rookie of the year and if Giannis Antetokounmpo continues to show why he should have been the #1 overall pick in the 2013 NBA draft.
Their head coach Jason Kidd will be heavily scrutinized this season. He left Brooklyn in a rather bizarre and unusual way amid whispers of him wanting more power in the organization. If he doesn't do a good job coaching these guys, he'll look like a real clown. Of course, if the team plays well under him, then due to his age, Milwaukee may feel confident that they have a coach for the future.
The last real important thing to look for in this team is how Larry Sanders plays. The team is paying him a ton of money and he better prove that he is worth it. He has the potential to be a fantastic big man in the NBA, but he regressed last season. Some felt it was due to Larry Drew's poor coaching, but no matter how you slice it, Sanders needs to bounce back.
In conclusion, don't expect the Bucks to do anything big this year. They'll be exciting to watch, but they won't produce a lot of wins. Check back on this team in five years and see where they are at. 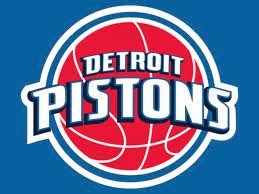 The Pistons are a weird combination of talent and confusion. They have some talented pieces with Andre Drummond, Greg Monroe, Brandon Jennings, Kentavious Caldwell-Pope, and Josh Smith, and yet the team doesn't know how it all fits together. Their formula for success seems to be "lets throw talent on the court and see what happens". It's like a weird science experiment involving baking powder, sulfuric acid, salt, water, and a wire. It could produce something cool, but more likely it will produce a disaster of some kind but you just don't know what.
Greg Monroe got retained in restricted free agency for this season, but next season he'll be an unrestricted free agent. This has to worry the Pistons since he is likely the best piece they have and he isn't likely to stay on a team that is so dysfunctional. Andre Drummond is also promising, but like Monroe he isn't likely to stay once he can leave, either. He hits free agency in 2016, so the Pistons have a little more time to convince him to stay but not much more.
The real problem with this team is Brandon Jennings and Josh Smith. Both guys are what Seinfeld calls "chuckers". They just chuck the ball at the rim and see what happens. They play basketball like they are playing a game of craps which usually doesn't work out so good.
Ultimately, the Pistons need to get rid of Brandon Jennings and Josh Smith in order to be successful. Sadly, both guys have massive contracts that nobody will want to take on which means that the Pistons will stink again this year and will be lucky to get more than 30 wins.