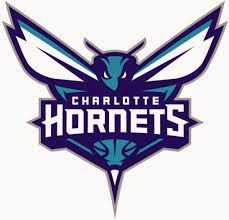 The Charlotte Hornets have had an interesting summer. They drafted Frank Kaminsky, signed Jeremy Lin, acquired Nicolas Batum from the Trail Blazers at the expense of Noah Vonleh and Gerald Henderson, acquired Spencer Hawes from the Clippers at the expense of Lance Stephenson, signed undrafted rookie Aaron Harrison, and also acquired Jeremy Lamb from the Thunder. In addition to all that, they also let Mo Williams go to the Cavaliers and let Bismack Biyombo go to the Raptors.

The selection of Frank Kaminsky looks good since Kaminsky is one of the more NBA ready rookies in the draft. While his ceiling isn't as high as other players, he comes into the NBA with a lot more polish than most rookies. He should be ready to make an impact in the front court and give Al Jefferson some help inside. As for Spencer Hawes, I would say that he too should be able to give Al Jefferson some additional help inside and perhaps stretch the floor with his outside shooting.

As for Nicolas Batum, he's a big name, but his production last season with the Trail Blazers wasn't that good. His scoring averaged dipped to 9.4 points per game while his rebounding and assist numbers also dropped from the previous season despite only playing 2.5 fewer minutes per game. In addition to those numbers dropping, his field goal percentage and  three-point percentage dropped as well. Only his free throw percentage improved, jumping up from 80.3% to 85.7%.

If you are wondering why the Trail Blazers were willing to get rid of Nicolas Batum, this is why. His production wasn't very good last season. It seems like the trade between the Hornets and Trail Blazers was really a case of both teams taking each other's trash and nothing more. In essence, Nicolas Batum seems like a nice addition given his name, but in reality, he's nothing to get excited about.

In regards to Jeremy Lin, he's nothing more than a solid back up point guard. That's not necessarily a bad thing, but if you think Jeremy Lin is going to bring "Linsanity" to "Buzz City" you are delusional. He averaged 11.2 points, 4.6 assists, and 1.1 steals per game last season with the Lakers, which are solid numbers, but nothing that will bring any real change to your team.

Lastly, the addition of guards Aaron Harrison and Jeremy Lamb could be nice, but given that Harrison is an undrafted rookie and Lamb is a guy who gathered dust on the Thunder's bench the past three seasons, there's little reason to expect either of these guys to make a huge impact.

In regards to the guys who they lost, Noah Vonleh was a bust, so he's a good guy to get rid of. As for Gerald Henderson and Mo Williams, both of those guys are guys who can put the ball in the basket. Henderson averaged 12.1 points per game last season and Williams averaged 14.2 points per game for the season (Timberwolves and Hornets), but averaged 17.2 points per game during his games with the Hornets. I'm not sure either of those guys are good departures given their scoring abilities. Especially Mo Williams. I think he was a really nice player to have coming off the bench to give Kemba Walker support.

In regards to Lance Stephenson, he truly is a good guy to get off the Hornets. He averaged only 8.2 points, 4.5 rebounds, 3.9 assists, and .6 steals per game. His production was poor and he was a distraction off the court, getting under the skin of his own teammates and wreaking havoc in the locker room. Lance Stephenson was like a Hornets nest placed in the team's locker room and I don't mean that in a good way.

As for Bismack Biyombo leaving for the Raptors, I don't think he'll be missed given the addition of Frank Kaminsky. Biyombo never lived up to the hype and he could use a change of scenery. The departure of Biyombo is mutually beneficial for both sides.

In summary, the Hornets have made a lot of noise but haven't done anything to really improve their team. They've shuffled things around and are trying new things, but it will not get them where they want to get to. They will once again be a team that will be fighting for an eight seed in the Eastern Conference playoffs and nothing more.
---Ben Parker: follow me on twitter @nba_lord for NBA news
Posted by Ben Parker at 11:08 PM