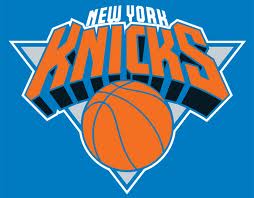 It would take a miracle for the Knicks to snatch KD away from OKC, right? Well…maybe not. While I still have my money on Kevin Durant staying with the Oklahoma City Thunder in the summer of 2016, I do think it's possible that the Knicks land him.

The first reason why I think it's possible that the Knicks land him has to do with the fact that perhaps the Thunder won't want to overpay for him in 2016. Don't get me wrong, the Thunder would love to retain Kevin Durant, but due to all of his injury issues and the presence of Russell Westbrook, it's possible that the Oklahoma City Thunder will let Kevin Durant go if the New York Knicks are willing to pay him a vast chunk of change that they themselves aren't willing to pay.

Secondly, it's possible that Kevin Durant will like the situation in New York better. Carmelo Anthony will be there as a second scoring option and Kristaps Porzingis may be another superstar in the making. If Phil Jackson can make a couple of additional tweaks to the roster, odds are good that Kevin Durant will like his chances of winning a title in New York better than his odds of winning a title in Oklahoma City.

Third, it's possible that Kevin Durant wants to get away from Russell Westbrook. They both claim to be friends, which is probably true, but all the same, there does appear to be a power struggle going on with both of them on the floor. Durant believes the Thunder is his team and Westbrook believes the Thunder is actually his team. It's hard for those kinds of mentalities to coexist and unless they find a way to win the NBA title in 2016, it just might be time for them to go their separate ways.

In conclusion, I think it is very possible that Kevin Durant goes to the Knicks. The team is hungry for a championship, Phil Jackson appears to be building a quality team to go around him, and Russell Westbrook may be causing more friction than meets the eye. While I still think Durant will stay with the Thunder, I think it would be very foolish of us to rule out the possibility of Durant taking his talents to the Big Apple.