Saturday Slam: Donald Trump would not be allowed to own an NBA franchise, yet he can still run for president 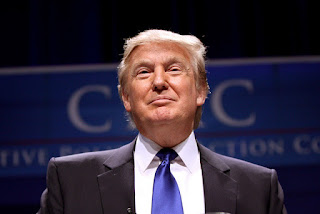 
Earlier this month, we saw the Republican Party nominate Donald Trump as their candidate for president of the Untied States.  For some Americans, watching Donald Trump accept the nomination was a great moment and one that they hope will lead to a brighter tomorrow. For other Americans, including myself, it was a moment of sheer horror and one that they hope is just a bad dream.
The reason Donald Trump supporters support him is because they feel he is speaking the truth on issues that many politicians are too afraid to address. He is taking on mainstream politicians and standing up against their lack of ability to get things done in Washington.
As an extension of this, Donald Trump refuses to be politically correct. He isn’t afraid to make hateful remarks about women, muslims, hispanics, or illegal immigrants. He also isn’t afraid to make outlandish accusations that don’t fit within the construct of reality itself. If you tell Donald Trump you are offended by his remarks, he doesn’t care and neither do his followers.
Saying you are for equitable treatment for all people regardless of their race, gender, nationality, religion, or sexual orientation, is viewed by Donald Trump and his supporters as being “politically correct” and weak. Donald Trump and his supporters pride themselves on being tough and strong, even if it means putting other people down and discriminating against them.
Donald Trump’s arrogant and mean-spirited comments offend many Americans because they go against what being an American is all about. Being an American is about getting along with people regardless of their differences. New York City, a city that Donald Trump is proud to represent, is filled with people of all walks of life and various backgrounds. Amazingly, Donald Trump only cares for the citizens of New York City that are white, affluent, heterosexual, and attractive looking (to him). That’s a very small percentage of the city’s population. By extension, Donald Trump only cares for Americans that fit this same tiny demographic.
Now, what you are probably wondering about now is “Why am I reading about Donald Trump on an NBA blog?” That’s an excellent question. The connection between Donald Trump and the NBA lies in his connection to a man who was banned from the NBA for making racist remarks that quite honestly were much more mild than what he has said. The man I am talking about is Donald Sterling, the former owner of the Los Angeles Clippers. 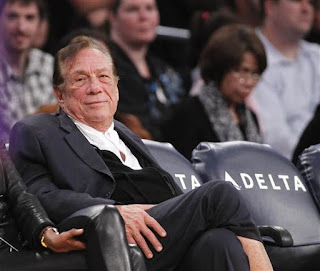 When Donald Sterling was caught on tape saying racist remarks about African-Americans, NBA commissioner Adam Silver saw to it that Sterling be stripped of his ownership of the Clippers and be forced to sell the team. Why? Because Adam Silver understands that an NBA owner is the main representative of an NBA franchise and by extension a main representative of the NBA at large. He understands that NBA fans come from all walks of life and have very diverse backgrounds. The NBA wants to be a league that values the diversity of its fans and makes sure every fan feels welcome in an NBA arena regardless of who they are.
In order to own an NBA franchise, Adam Silver has made it a requirement to have an open mind and an accepting attitude towards all of your fans since they are the ones who at the end of the day keep the league afloat. It is the fans that buy the jerseys, the tickets, and tune in to watch on television. It is the fans whose love and enthusiasm for the NBA have resulted in a huge bump in the NBA salary cap and revenue. They have made this happen and thus deserve to be valued and respected, regardless of who they are.
The hateful and divisive remarks that Donald Trump has made over this past year would make him ineligible to own an NBA team. Donald Trump has even gone so far as to mock a disabled reporter, an offense which in and of itself would put an NBA owner in jeopardy of losing the ownership of his team. Imagine if an NBA owner mocked a disabled reporter after a game. Do you think the NBA would just turn the other way on that? No chance in hell. They would make him or her pay a heavy fine and they themselves would issue a statement apologizing to the reporter on behalf of the owner’s remarks.
Contrast the NBA’s attitude towards such remarks with that of the Republican Party. The Republican Party, an organization that Donald Trump is now the face of, has not issued one statement apologizing for the way that their candidate has behaved. Donald Trump has said we should build a wall to keep illegal immigrants out, called those immigrants rapists, flirted with white supremacists, and made several disrespectful remarks about women all while getting the approval of their speaker of the house Paul Ryan, a cowardly man who is afraid of his own shadow.
It’s truly mind-boggling and crazy that Donald Trump is one election day away from entering the White House while also not meeting the qualifications to own a professional basketball team in the United States. If he owned an NBA franchise, very few African-Americans would want to play for his team, coach his team, or have anything else to do with his team. The same would go for the vast majority of remaining NBA players, many of which come from countries outside of the United States.
As a matter of fact, if elected president, I’m not sure Donald Trump would even be welcomed in an NBA arena. After all, the NBA did relocate the 2017 All-Star Game due to Charlotte not budging on their discriminatory bathroom laws against transgender people and they did ban Donald Sterling from ever setting foot in an NBA arena in addition to stripping him of his ownership of the Clippers. Donald Trump, very similarly, would not be welcomed in an NBA arena due to the way he views the vast majority of the NBA’s fan base. Even if he was allowed in an NBA arena, the league would at best given him a cold and icy greeting.
So, what I want you to reflect on is what does it say about our culture that the NBA is more progressive than one of our two major political parties? What does it say that the NBA’s commissioner is more concerned about the welfare of NBA fans than the Republican Party’s nominee is about the welfare of American citizens? After all, the NBA at the end of the day is just a form of entertainment while the Republican Party makes decisions that affect the livelihood and well being of American citizens.
Shouldn’t Donald Trump and the Republican Party be more concerned about how they treat their citizens than the NBA? One would certainly think that they should, but sadly, they are not. Instead, they are doing everything they can to promote hate, violence, and injustice. All I can say is that it’s a pretty sad world we live in where a professional sports organization is more in touch with its  fans than a major political party is with its citizens. Especially when it is happening in the United States.
Posted by Ben Parker at 12:08 AM