Saturday Slam: Giannis Antetokounmpo is turning into a legitimate superstar 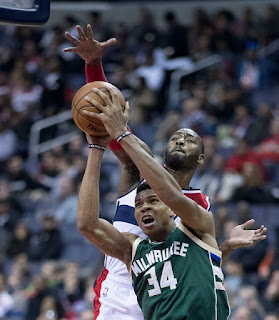 In his fourth season, Milwaukee Bucks small forward Giannis Antetokounmpo is turning into a legitimate superstar right before our very eyes. The 6'11", 225 pound small forward, better known as "The Greek Freak", is having the best season of his young career averaging 23.2 points, 8.7 rebounds, 5.6 assists, 1.2 steals, and 2.0 blocks per game on 53.3% shooting from the field and 77.9% shooting from the foul line.

What's most scary about Giannis isn't his stat line. It's the fact that he appears to be able to do whatever he wants to do on a basketball court. Due to his freakish combination of size, speed, and skill, Giannis is able to beat opponents both inside and out. He is developing some nice moves in the post that allow him to score over big men, he's developing a really nice outside jumper, and due to his ball handling ability, defenders never can be sure if he's looking to score or dish the ball. He's probably the most multi-dimensional player to come into the NBA since LeBron James and that is really saying something.

While it is good that Giannis Antetokounmpo is shooting more threes and is becoming more comfortable from that range, he needs to make sure he is still taking good shots. Shot selection is as important as it is making more threes. In many ways, improving three-point shooting doesn't necessarily have to mean taking more threes or even making more threes. It should more revolve around efficiency and making sure that the shots that are taken are good shoots.

For Giannis, more than anything, he needs to figure out how to utilize his three-point shot properly within the larger context of his overall game. Because he has so many weapons and is so talented, he doesn't necessarily have to be a guy that relies on his three-point shot. He just needs to know when to use it and use it effectively.

Outside of his three-point shooting, there really isn't much to complain about Giannis Antetokounmpo. He's averaging more points per game, he's becoming more confident on the floor, and as a whole he is a much more developed and well-rounded player. What's scary to think about is the fact that he's only in his fourth year in the NBA and will only get better. 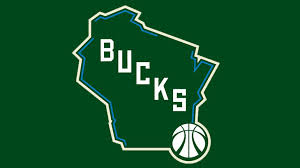 As far as the Milwaukee Bucks are concerned, I've been saying for a while now that they are a team to keep an eye on and Giannis Antetokounmpo is a big reason why. In addition to Giannis, the Bucks also have another budding star in Jabari Parker, who is starting to make a name for himself, averaging 20.8 points, 5.7 rebounds, and 2.6 assists per game in his third NBA season. At the moment, the Bucks are 20-18 overall and are 5th place in the Eastern Conference. So long as "The Greek Freak" and Jabari Parker stay in Milwaukee, the Bucks are going to be an exciting and dangerous team.

Note: Saturday Slam is a weekly blog post that focuses on a major story or star player of the week.

Click here to connect with NBA Lord on Google Plus.