Wednesday Windmill: The Atlanta Hawks would be crazy to trade Paul Millsap 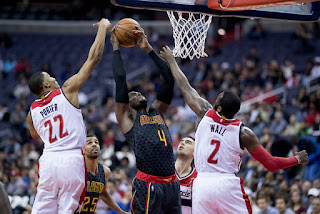 At 18-16, the Atlanta Hawks are 5th in the Eastern Conference, battling for a top-four seed and home court advantage in the playoffs. They’ve won 3 straight games and are coming off of a 114-112 win over the San Antonio Spurs in overtime at home. In short, things are looking good for the Hawks at the moment.

At the same time, their leading scorer Paul Millsap (17.8 points and 8.2 rebounds per game) is frequently being mentioned in trade rumors. It’s not like there’ve been a few whispers of him possibly being moved. This is out in the open. On New Year’s Day, Marc Stein and Brian Windhorst of ESPN both reported that Paul Millsap could be traded in advance of the trade deadline due to the impending player option on his contract, which he’ll be able to exercise this summer.

Due to this player option, Paul Millsap could theoretically be an unrestricted free agent in the summer, but it’s no guarantee that he’ll exercise his option. Even if he does exercise his option, he could do so as a means to re-upping with the Hawks for more cash. So, the possibility of him hitting the free agent market doesn’t necessarily indicate that he’ll choose to leave Atlanta.

If there’s any indication that he won’t choose to bail on Atlanta, his words to Chris Vivlamore of the Atlanta Journal Constitution seem to be pretty solid proof that he wants to remain a member of the Atlanta Hawks: “Everybody knows where my heart is and where I want to be. That would be here [Atlanta], yes.” 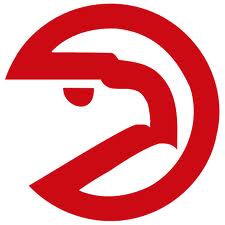 Unless the Atlanta Hawks are utterly convinced that Paul Millsap would hop on the first steamboat out of Atlanta if given the chance, they need to seriously think about whether or not they want to really trade him. Paul Millsap is one of the top forwards in the NBA and by trading him, they’ll essentially be heading for rebuilding mode. I could understand making such a move if the Hawks were below .500 and struggling to make the playoffs, but as a team that could get home court advantage in the first round of the playoffs, looking to pull the plug and rebuild feels a bit premature.

The Hawks brought in Dwight Howard as a complimentary piece to Paul Millsap down low and they also have a quality young point guard in Dennis Schröder, who is averaging 17.5 points and 6.3 assists per game. In addition to Howard and Schröder, the Hawks have other quality pieces around Paul Millsap as well like Tim Hardaway, Jr., Kyle Korver, and Tiago Splitter, who is currently sidelined with a calf injury.

The bottom line is that the Hawks have a quality team with Paul Millsap as their centerpiece, which means there’s really no reason to blow the whole team off the map. While they aren’t a championship contending team, they are still a competitive team that is growing and getting better. I understand that sometimes you need to have a championship or bust type of approach as an NBA franchise, but I see no reason to have such an attitude when you are in the mix to get home court advantage in an opening round playoff series.

With that all being said, it sounds like the Atlanta Hawks are determined to find a home for Paul Millsap, which means that there will be a lot of teams bidding for his services at the trade deadline.

Other teams that come to mind are the Philadelphia 76ers, who might be shopping Nerlens Noel, the Phoenix Suns, who might be shopping Eric Bledsoe, and maybe even the Utah Jazz, who Paul Millsap had great success with for many years. The Utah Jazz made the mistake of letting Paul Millsap go and so they could right that wrong by maybe trading away Derrick Favors to get him.

The only issue with making a move for Paul Millsap for the Utah Jazz (22-14) is that they are playing really good ball with their current roster and in order to get him, they would have to part with some pieces that they probably don’t want to part with. All the same, given Paul Millsap’s success in Utah and how much he liked the area, the Utah Jazz wouldn’t be crazy to at least entertain the possibility of bringing him back into the fold.

If I can be totally honest, I don’t like the idea of Paul Millsap having to once again move on to a new city. He’s a really good dude and has played worthy of being a franchise player in both Utah and Atlanta, two teams that historically don’t contend for championships very often. The Jazz and Hawks are lucky they’ve had Paul Millsap both as a basketball player and as a citizen in their community.

Like I said, the Hawks would be crazy to trade Paul Millsap since they won’t get that same level of production in return and in addition, they’ll be heading in the direction of the NBA Draft Lottery. It makes no sense to me why you would trade a guy like Paul Millsap when he’s got your team in the thick of a playoff race, but perhaps that’s why I’m a sports journalist and not an NBA general manager.

Click here with NBA Lord on Google Plus.
Posted by Ben Parker at 4:30 AM