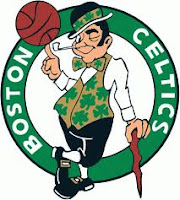 On Wednesday at 8:30 PM EST on TNT, the Eastern Conference Finals will tip off in Boston as the Celtics host the Cleveland Cavaliers. The Celtics come into this series having taken out the Washington Wizards in seven games while the Cavaliers come in having swept the Toronto Raptors. Given how easily the Cavaliers dispatched of the Raptors and how much the Celtics struggled to get past the Wizards, many people are predicting this to be an easy series for the Cavaliers.

If the Celtics want to give themselves any chance at winning this series, it all starts with Isaiah Thomas. Thomas has been phenomenal all season long and has really carried the load for this Celtics team, scoring 29 points and dishing out 12 assists in Game 7 against the Wizards. In the NBA playoffs, it's star time, which means this is when Isaiah Thomas needs to deliver the goods.

At the same time, Isaiah Thomas can't be the only one who steps up for the Celtics. We saw Kelly Olynyk have a big game in Game 7 against the Wizards, scoring 26 points, many of which came in the 4th quarter. Without Olynyk and his man bun coming up big, it would be the Wizards in the Eastern Conference Finals and not the Celtics. So, it really is important that the Celtics find ways to get Isaiah Thomas the help that he needs. If a guy like Jaylen Brown can get rolling a bit, that would be huge and really give the Celtics much better odds of winning this series.

For the Cavaliers, their key to winning this series is stealing Game 1 in Boston. They are coming into this game as the more well rested team and they need to take advantage of this. There will be no easier game to win in Boston than Game 1 and so if the Cavaliers don't win this game, they could be in big trouble.

In order for the Cavaliers to win Game 1 and set the tone for the rest of the series, much like the Celtics, they need their own star, LeBron James, to have a big night while also getting others involved. Kyrie Irving and Kevin Love, the two guys who round out Cleveland's "Big Three" are the main guys who LeBron James needs to rely on for support. If those guys get in a groove and get hot, it could be a long night for the Celtics. If on the other hand, they struggle and aren't in a good rhythm, the Celtics will likely be the team with the upper hand.

One thing that could play a weird role in all of this is the Celtics landing the #1 pick in the NBA Draft after Tuesday's Lottery. The Celtics have to feel like karma is on their side right now and so that could give them a little bit of a boost going into this game.

As far as a prediction for this series is concerned, I do have the Cavaliers winning this series in six games. I think the Celtics have the pieces to win this series and I certainly would not be surprised to see them reach the NBA Finals. That said, I have to put my money on the two-time defending Eastern Conference champions, who are led by LeBron James, the best player in the world. The Cavaliers have earned the right to be considered favorites based on how they've played in the playoffs up until this point and I see no reason to pick against them now.