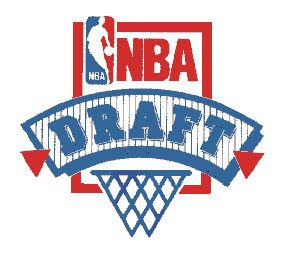 Earlier this week, it was announced that on September 28, the NBA board of governors (owners) will vote on draft lottery reform and guidelines for the resting of players. In regards to draft lottery reform, what will be proposed is to lower the chances of the worst team walking away with the #1 overall pick and thus making it a less attractive option to tank.

Personally, I feel like such a change would be good for the league. Too many teams throughout the league have tanked in order to land a higher draft pick, making the league less competitive and more lopsided. With lower odds of landing a top pick as a result of tanking, franchises would much more incentivized to put their best possible products on the floor and let the chips fall where they may come lottery time.

The only possible problem that could arise from this type of change is the fact that the perception of a rigged lottery could arise with even more full force than usual. Teams that are slotted eighth or ninth could get the top pick with more regularity and thus it could be seen that the league is creating a system that allows them to manipulate the lottery with less suspicion.

However, I do not believe the NBA Draft Lottery is rigged and further, one could actually argue that this type of change would lessen suspicion. By not having any clear-cut favorite to land the top pick, fans of a particular team couldn't cry foul play when their team didn't get the top pick. 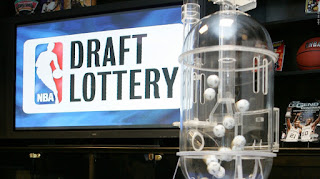 The only question is whether or not this type of reform would be the right type of reform. In other words, isn't there more the league could do than this? One possible solution would be to give all teams that miss the playoffs the same odds of landing the top pick. This would really discourage teams from tanking. However, I feel such a solution would be taking things too far. I do believe that teams with the worst record should be rewarded through the draft, but that they shouldn't be guaranteed to get the top pick if they get the worst record.

You want to help your weakest teams get better, but at the same time, you don't want to reward teams for intentionally putting a weak product on the floor. I think what is being proposed is a good solution to this problem since weak teams will get higher picks without being incentivized to completely tank the season.

What would probably be the best solution to this problem is for the league's entire format to change. As it stands, the best team walks away as the NBA champion 80% of the time if not more because of the sheer number of games that the league plays. When you play 82 games, odds that the best team walks away with the top seed or number two seed in their conference are very high. When you play a best of seven series in each round, the odds of the better team advancing are very high as well. The league would be better served to play fewer regular season games (66) and make the first round of the playoffs best of five as opposed to best of seven. That's a change that would create more parity, which is what the league should really want.

While we aren't likely to see those types of changes, I do think that if the owners vote on the proposed lottery reform, that will be a step in the right direction. It's a tricky balance to find between rewarding weaker teams while also not rewarding intentional losing and I think the proposed reform does a pretty good job at finding this balance. The NBA would be smart to vote on this reform, see how it goes, and then tinker with it as needed in the future.