Saturday Slam: With Kawhi Leonard likely done for the year, are the Spurs cooked? 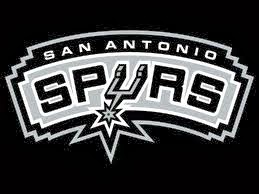 Earlier this week, San Antonio Spurs head coach Gregg Popovich told Michael C. Wright of ESPN.com that he would be surprised if Kawhi Leonard (quadriceps) returned this season. The weird part of this whole thing is that Leonard has been medically cleared to play, but is opting not to play presumably because of severe discomfort. During the 9 games that he played this season, Leonard averaged 16.2 points and 4.7 rebounds in 23.3 minutes of action. While it was clear he wasn't yet back to full strength, he was still able to give the Spurs a legitimate boost.

As it stands, the Spurs are currently 4th in the Western Conference with a 35-25 record, 11 games back of the Rockets and Warriors. While they are expected to make the playoffs, it's no guarantee that they do as they are only two games up on the 8th seeded New Orleans Pelicans. This Spurs team isn't as deep as previous years, which makes the absence of Leonard such a crushing blow. Outside of LaMarcus Aldridge, the Spurs really don't have anyone else who they can rely on. Rudy Gay, Pau Gasol, and Tony Parker are solid role players, but they're past their prime at this point and no longer can be asked to carry the type of load that they have in years past.

At this point, the best the Spurs can do is solider on without Leonard and make sure they hang on to home court advantage for the first round of the playoffs. There is the possibility that Leonard returns in the playoffs and if the Spurs can get home court advantage for the first round, they could look at possibly bringing him back for the conference semifinals. While it's unclear how much Leonard could help them if he were to come back at that point, they would still be better with him on the floor playing at 80% than having him on the sidelines in a suit. 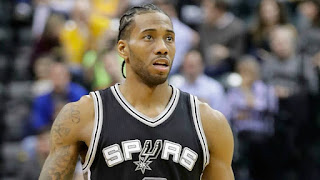 The biggest concern for the Spurs is what this means for Leonard's long term future with the team. There are some who believe the real reason he is sitting out is because he's disgruntled and unhappy being in San Antonio. If this is true, then the Spurs have something far more serious to worry about than a quadriceps injury. Leonard has two more seasons left on his contract before he hits unrestricted free agency. As much as they don't want to think about it, if Leonard actually does want out of San Antonio, the Spurs should consider moving him and getting something back for him before he walks away in free agency.

The absence of Kawhi Leonard looms large for the Spurs both for this season and possibly beyond. He's been billed as their next franchise player following Tim Duncan and if he isn't interested in being the next great Spur, they have a lot of things to think about. Fortunately for the Spurs, they do have Leonard under contract for the next little while so they don't have to immediately think about moving him. Right now, their main focus needs to be on making the playoffs and putting themselves in a position to make some noise in the event that Leonard is able to return.