Tomahawk Tuesday: What should the New Orleans Pelicans do about Anthony Davis? 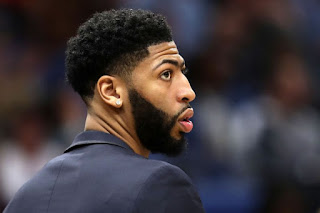 The big news in the NBA world over the last few days is the revelation that Anthony Davis wants out of New Orleans and that he has no plans to sign an extension. The news came from his agent Rich Paul, resulting in a $50,000 fine for Davis since the league prohibits players or their agents from publicly requesting trades. Despite the fine, the cat is already out of the bag and now the whole league knows Davis wants to find a new home.

The big question on everyone's mind is what should the Pelicans do? The soonest he can opt out of his contract is the summer of 2020, so the Pelicans don't have to make a move before the Thursday, February 7th trade deadline. At the same time, why prolong the inevitable? If a guy wants out and isn't willing to change his mind, you might as well move the player and get as much back as you can.

One thing that is for certain is that the Pelicans are going to be fielding a lot of calls about Davis over the next few days as the trade deadline approaches. A lot of teams are going to want to roll the dice on Davis, even if it means having him for just a year and a half. If the Pelicans get an unbelievable offer, they have to pull the trigger and get back whatever they can for Davis. 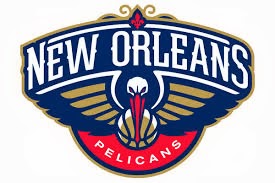 If the Pelicans don't get an over the moon type of offer, they might be smart to hold on to him and see what type of offers they get next season. The only concern is there will be less teams willing to risk a big move to get him. Kinda like what the Raptors did to get Kawhi Leonard. Right now, a lot more teams are going to be interested in rolling the dice on Davis than they will in a year, making now the time for the Pelicans to move Davis if at all possible.

Regardless of whether or not Anthony Davis publicly requested a trade, I think it's safe to say we could all see this coming. The Pelicans have struggled to put together a winning team around him and given his talents, he's certain to want to go to a place where he feels he can contend for a championship. With that in mind, the Pelicans might as well not delay the inevitable. While they shouldn't be willing to accept any deal, they should be aiming to make a move before the February 7th trade deadline. If they don't, they'll just have their franchise hanging in some weird limbo state until they finally get rid of him. The sooner they can move on from him and start afresh around a new crop of talent, the better.