Wednesday Windmill: Which Eastern Conference teams should make a move before the NBA trade deadline? 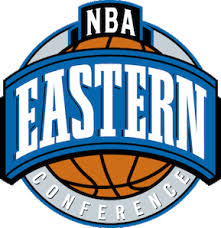 The NBA trade deadline is on Thursday at 3:00 PM EST. Yesterday I did a breakdown of which Western Conference teams should consider a move before the trade deadline (click here to check it out) and today I'll address the Eastern Conference. Same drill as yesterday, I'll address the teams in order of where they sit in the standings. Also, on the NBA Lord Twitter and Facebook pages, I will be providing updates on trades and all that jazz.

#1. Milwaukee Bucks (43-7): The Bucks have the best record in the NBA, led by the Greek Freak Giannis Antetokounmpo. Considering how well they're playing, I don't think they have much of a need to make a move. They do have a few guys on expiring contracts in Kyle Korver, Sterling Brown, and Pat Connaughton, so those are chips they could use in a trade if they so like. But, I would expect the Bucks to more or less stay the way they are. When you're the best in the league, why mess with what you have?

#2. Toronto Raptors (36-14): Marc Gasol, Kyle Lowry, and Serge Ibaka are all on expiring contracts so in theory, the Raptors could go wild and unload their stars for future assets and all. But that would be a strange thing to do when they are once again a legit contender in the Eastern Conference. I would be very surprised if the Raptors made any major move before the trade deadline.

#3. Boston Celtics (34-15): The Celtics have Brad Wanamaker on an expiring contract. Aside from the players they have on two-way contracts (which I don't really count as expiring contracts), that's all they have in terms of players on expiring deals. That means the Celtics don't really have anyone to unload. Given that they are third in the East and that everyone seems to be gelling well, I expect the Celtics to stay as is come the trade deadline. If the Celtics were to make a move, it would be to shore up their front court. So perhaps, they do move Gordon Hayward or something along those lines, but I highly doubt it.

#4. Miami Heat (34-15): The Heat have Goran Dragic, Meyers Leonard, Derrick Jones, Jr., and Udonis Haslem on expiring contracts. Haslem is a Heat for life, so he isn't going anywhere. Dragic is one of their top players, averaging 16.0 points and 5.0 assists per game, so I don't see him getting moved. As for Leonard and Jones, maybe the Heat will move both of them in order to get a better player or land some draft picks for next year. But, I would expect those guys to stay put as well.

As for the rest of their roster, I'm sure the Heat would love to unload Dion Waiters, but I don't see them finding a home for him. He's pretty toxic. One name to keep an eye on KZ Okpala. The Heat are trying to develop him, but perhaps they can sell some other team on his upside and get some assets back for him. The bottom line is I'm not feeling a trade coming from the Heat, but there are enough possible routes for them that one may emerge.

#6. Philadelphia 76ers (31-20): The players who the 76ers have on expiring contracts are Kyle O'Quinn, Trey Burke, and Raul Neto. Similar to the Pacers, pretty minor players. Also like the Pacers, I don't find a trade likely for the 76ers. Maybe they move one of their more minor players on an expiring contract to get some assets back or something, but that's the extent of what I see them doing. Maybe they'll prove me wrong.

#7. Brooklyn Nets (22-27): Joe Harris is on an expiring contract as is Wilson Chandler. It's a possibility that the Nets move one of them, but in truth, the Nets are really eying next year and the return of Kevin Durant. Given that, I don't expect the Nets to be active at the trade deadline, but if they were to make a move, it would likely involve Harris or Chandler. Teams have been inquiring about Spencer Dinwiddie (21.3 points per game), but I find it unlikely that the Nets will move him. Once again, the Nets are looking ahead to next year. This isn't the year for them to get aggressive at the trade deadline.

#8. Orland Magic (22-28): D.J. Augustin and Michael Carter-Williams are both on expiring contracts, so it's possible that one of them gets moved. Aaron Gordon is another name that has popped up in trade rumors, offering more value than either Augustin or Carter-Williams. The Magic are in a weird spot where they're on the cusp of making the playoffs while also knowing that this season isn't a year where they're likely to make noise in the playoffs. One thing I will say is they have a lot of guards and both Augustin and Carter-Williams are guards. They could use some front court help, so maybe that's a direction they'll go. We'll see.

#9. Chicago Bulls (19-33): The Bulls have a couple players on expiring contracts in Kris Dunn and Shaquille Harrison. Neither player is doing much for the Bulls, but perhaps a change of scenery will do them good. Especially Dunn, a former top five pick. However, Dunn is out with an MCL sprain and that could ward off some teams from trading for him. Expect the Bulls to stay silent, but maybe they'll find Dunn a better situation and get some draft picks in return.

#10. Washington Wizards (17-32): Ian Mahinmi, Isaiah Thomas, and Davis Bertans are on expiring deals. Bertans is the most interesting one, having a breakout year with his 15.0 points per game. If the Wizards don't think they can re-sign him or afford him in the summer, good odds they move him and get something back for him. A lot of playoff level teams would love to add him. Don't be shocked if the Wizards unload Bertans. It would actually make a lot of sense for them to do so.

#11. Detroit Pistons (18-34): The Pistons and Suns were rumored to be discussing a deal sending Luke Kennard to Phoenix, but reports are now saying those talks have hit an impasse. Andre Drummond has also come up in trade rumors. Neither are on expiring contracts, so maybe the Pistons hold off on moving them for now. Reggie Jackson, Langston Galloway, Thon Maker, Markieff Morris, Christian Wood, Tim Frazier, and Sviatoslav Mykhailiuk are all on expiring deals, giving the Pistons a lot of different options there. I would say odds are above 50 percent that the Pistons get involved in some move, but of what nature is hard to foresee.

#12. Charlotte Hornets (16-35): The Hornets have Bismack Biyombo, Michael Kidd-Gilchrist, Marvin Williams, Willy Hernangomez, Dwayne Bacon, and Ray Spalding on expiring deals. None of those guys have a ton of value, but there are decent odds the Hornets find a home for one of them. Especially if they are willing to help facilitate a three-team trade.

#13. New York Knicks (15-36): The Knicks have Marcus Morris, Allonzo Trier, Damyean Dotson, and Kadeem Allen on expiring deals. Morris (19.3 points per game) is their leading scorer, so he could offer a ton of value to a playoff contending team. If the Knicks can get a lot back for him, he would make sense to move. My intuition is the Knicks will look to make a deal at the deadline, but it will come down to what other teams want back, etc. Look for the Knicks do something if they can. I know they've been eying Warriors guard D'Angelo Russell. Maybe something happens there.

#14. Cleveland Cavaliers (13-38): Tristan Thompson, Brandon Knight, John Henson, Matthew Dellavedova, Ante Zizic, and Dean Wade are on expiring deals, so there's a lot of routes the Cavaliers can go. Kevin Love's name has popped up as well, but given his contract situation, I find it unlikely he gets moved. If the Cavaliers do make a move, it likely will involve one of the guys on an expiring deal. But you never know, maybe they'll do something unexpected with Love.

#15. Atlanta Hawks (13-38): The Hawks just made a move last night, acquiring Clint Capela from the Rockets in a 4-team, 12 player deal. Click here for details. Alex Len, Jeff Teague (who they traded for from Minnesota earlier this year), DeAndre Bembry, Damian Jones, Treveon Graham, Brandon Goodwin, Charlie Brown, Jr., and Vince Carter are all on expiring deals, so there's a lot of other moves they might make before this trade deadline is over.