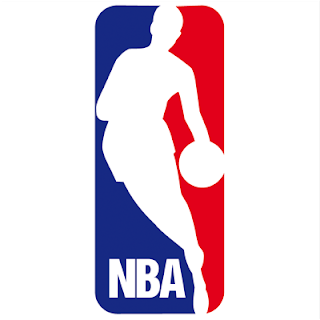 The NBA All-Star Game claims to be a game that features the best players in the game of basketball, rewarding those who have played the best basketball over the first half of the NBA season. However, in recent years, those who get the most all-star votes are frequently not the most deserving players. For example, Kobe Bryant has over 500,000 all-star votes for this season while only having played a couple of games so far. In addition to that, Jeremy Lin has more all-star votes than Russell Westbrook, Tony Parker, James Harden, and nearly 5 times the votes of Damian Lillard; and Kevin Love and LaMarcus Aldridge (the two best power forwards in the Western Conference and possibly the NBA), don't have as many all-star votes as Blake Griffin, who is certainly all-star worthy, but not worthy of being an all-star starter.

I could go on and on about other blatant issues with the voting results thus far (Steve Nash having more votes than Damian Lillard; Ray Allen having nearly 100,000 votes; and Kyrie Irving having 3 times as many votes as John Wall), but I will instead try to be solutions oriented and propose some changes to some obvious flaws in the all-star voting system.

Change #1: Don't Allow Fans To Vote Until Christmas; Make Players Play an x number of games before they can get votes.

This change would fix a lot of problems I think. This would prevent cases like Kobe Bryant getting half a million votes before playing a single minute. If the NBA wants to have the All-Star Game reward the best players in the game with the honors of starting, then they need to make sure that those who are durable and those who actually have played games get the honor of starting. Without this change, the NBA All-Star Game will have to change its name to the NBA Most Popular Players Game, which is actually a different category than being an "All-Star". An "All-Star" is supposed to be a player who exemplifies excellence in the sport among the world's best, not a player who wins a popularity contest. By having players have to play a certain amount of games before they are eligible to be voted for, this would at least guarantee that in order to get in the all-star game as a starter you have to have participated in the season to a certain extent. Guys like Kobe Bryant under this system would either (a) not appear on the ballot until playing a certain portion of games (e.g. 15 games) or (b) appear on the ballot but be locked, meaning that until they play say 15 games, they won't be able to be voted for.

Change #2: Put A Reminder On The Ballot About What An "All-Star" Is

This may not do anything, but it would help if the NBA at least put on its ballot front and center something along the lines of: "An all-star is one who has excelled most at the game of basketball over the course of the season. One should receive votes not based on achievements from previous seasons, celebrity status, or out of blinded favoritism. Voting for an all-star is a vote for a player who you think is honestly deserving of this high honor of based on their play. Votes for reasons other than that are considered unfair by the league."

Now one may ask what good will that do? Probably not much, but it would at least be a reminder to fans under what criteria they should be voting on. It would also add an extra sense of weight and seriousness to the event. Fans should know that being voted an all-star starter is a tremendous honor and that it isn't fair for certain players to not get votes because they play in a smaller market, etc.

Change #3: Be More Selective On Who Gets On The Main All-Star Ballot

Technically, every NBA player is eligible to be voted for an all-star starting job, but only a select amount are front and center on the ballot. The fact that Jeremy Lin has 5 times the number of votes as Damian Lillard is absurd and an embarrassment that shows an obvious flaw in the voting process. What flaw is that? The flaw is that a player who gains votes entirely based on his international outreach and not basketball abilities is front and center for all to vote for. I like Jeremy Lin a tremendous amount and I respect his journey, etc. But he honestly isn't a player good enough to be one of the select few who are front and center on the ballot. He should have to be voted in via the write-in option, which would lower his all-star votes since so many people would be like "Where's Jeremy Lin?" or at least be too lazy to scroll down and vote him in via write-in. The NBA should only put players on the ballot who they think are clearly all-star worthy or worthy of being starters. Aside from that, everybody else should be write-in.

Change #4: Have A Minimum Stats Requirement For All-Stars

This would be a really easy thing for the league to implement. I don't know why they don't do this. All the NBA needs to do to ensure the best players get voted in is make the criteria for being an all-star starter a certain level of ability. The best stat to use for this is the efficiency rating, which factors in all player statistics and puts it into a +/- score. The best efficiency ratings are around +25 and above (Kevin Love and Kevin Durant are nearly at +30). In order to be an all-star starter, the league should make it so that a player has to be at +25 or higher in order to be a starter. If two players are both above this level of efficiency, then the fan vote decides from there. E.g. If Blake Griffin gets an efficiency at +25 or higher, then he should be able to start ahead of Kevin Love by having more votes than Kevin Love even though Kevin Love has played better. However, if Griffin doesn't make this mark of efficiency, then having more votes than Kevin Love won't allow him to start ahead of Love (or LaMarcus Aldridge for that matter). I think this type of system would be a fair hybrid between letting the fans decide and making sure the best players in the NBA get to start.

This seems like a mean tactic, but it's not as mean as the sixth change that I'll propose (I think you will figure out what it will be if you haven't already). Threatening to take away fan voting privileges may be something that the NBA should consider. They should threaten to take away fan voting on the grounds of integrity, stating that unless fan voting starts to more accurately reflect who really should be an all-star starter, then the league will resort to having players, owners, general managers, and coaches make the decisions on who should be an all-star starter as well as an all-star reserve. It would be interesting to see how voting results would differ if the league made such a statement.

If the NBA threatens to take away fan voting privileges, and the fans still vote like idiots, then the NBA will have no choice to but to follow through on their threat and actually cut fans off from the voting process entirely. Seems mean, huh? Well, the reality is that those who are casting these idiotic votes are pissing off the rest of us who are educated basketball fans. Guys like me who vote for Kevin Love, LaMarcus Aldridge, and Stephen Curry because they are the best players at their positions would happily welcome any change that prevented idiot fans from altering the all-star selection process even if it meant that our ability to vote has to be taken away. The NBA says "The game is for the fans", but which "fans"are they talking about? What constitutes a "fan"? A true basketball fan wants to see the best players rewarded for their hard work and see the best five players from each conference start the all-star game. They don't want to see an aging has-been start while the best players sit on the bench to start the game. If the NBA wants to reward the real basketball fans and not the fake fans with blind allegiances to certain players and their own teams, then the NBA should ban fan voting, and give the educated fans who really care about the game the comfort of knowing that guys like them are making the decisions on who is and who isn't an all-star.

If the NBA were to make this change (which I would be happy with), then they should at least allow fans to vote on who should be in the dunk contest, the skills competitions, etc. This should happen at the expense of players' wishes. They should allow fans to vote for whoever they want for these events, which means that if LeBron James gets voted to do the dunk contest, then he has to do it. This way, the more casual fans  who vote based on celebrity status or other non-basketball related reasons would get to see their favorite players participate in a wide variety of events on all-star weekend, but the integrity of the all-star game would remain intact. I think under this system we have a win-win situation. The all-star game would truly represent the best current players in the game (since the only votes are coming from people within the league) and the former stars or players with only celebrity status would still make appearances for those fans who want to see them play even if they aren't worthy of being actual all-stars.

In conclusion, how many of these changes do I actually welcome? The answer is all six, and the last change I welcome the most. The NBA has a problem, and that problem is that they have a system in place which doesn't reward the best players in the NBA with a chance to be an all-star starter. It rather rewards players who play in bigger markets and also rewards delusional fans who don't vote for the right reasons. The NBA has to make changes to make the All-Star Game a game for the best players in the world to shine, and not a game that rewards players based on some other criteria.