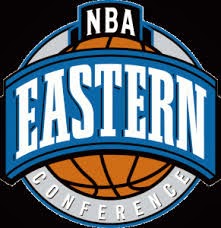 The Eastern Conference in the NBA is about as bad as it has ever been. Sure the Miami Heat (13-3) and the Indiana Pacers (15-1) are playing fantastic basketball, but those are only 2 out of 15 teams who call the Eastern Conference home. Of the remaining 13 teams in the conference, only the 9-9 Atlanta Hawks have a winning percentage of .500 or better, and to make things worse, the entire Atlantic Division is deeply submerged beneath the .500 mark with the 6-9 Toronto Raptors leading the division with a winning percentage of .400. The Eastern Conference has been bad before, but it has been quite a while since it has been this bad. While it is somewhat entertaining in a rather pathetic way to watch the entire Eastern Conference stink so badly, it actually is really bad for the NBA. So bad, that the NBA should consider eliminating conferences and instead send the top 16 teams to the NBA playoffs regardless of conference.

The reason that this is so bad, is because this greatly hurts the NBA's product and competitiveness. What fans want to see is the best possible basketball, and by having such lousy teams all clumped in one geographic region, the NBA's overall competitiveness and marketability is greatly harmed because (a) the best teams don't go to the playoffs and (b) one half of the country is surrounded by lousy basketball, which means fans of east coast teams won't want to watch the NBA. I have felt for quite some time that the NBA ought to flirt with the idea of shaking things up by instead sending the top 16 teams in the NBA to one tournament instead of breaking it up by Eastern and Western Conferences, and after seeing how this season is going, I've become even more convinced that the NBA needs to go this route. I understand the rationale behind having the conferences on the grounds that it makes travel easier, creates more playoff teams across all three NBA timezones, etc. But the NBA needs to at least have some sort of a clause that prevents things from getting this bad or out of whack.

One possible option is for the NBA to say that only division winning teams are guaranteed spots and from there, the remaining ten teams can come from either conference. By switching to a 6 division/10 wildcard format, the NBA could preserve some of its geographic balance while also allowing the best teams to make the playoffs. In this year's case, it may still result in a sub .500 team making the playoffs, but for the most part, at least one team in each division is good enough to be well above the .500 mark. I think this option is an option that the NBA should strongly consider.

The NBA could also provide a clause that says you have to be above .500 to make the playoffs. Such a clause would ensure that all competitive teams in each conference go, but it would prevent the current calamity that is afflicting the Eastern Conference from happening. If one conference can only produce three teams with winning records, than the remaining spots should be awarded to Western Conference teams who can play above the .500 mark. In cases where you don't have 16 teams at .500 or better, you could at least make it so that the top 16 teams in the NBA go.

Whatever the solution is, something like the above mentioned suggestions is better than the NBA not doing anything to fix this problem of having such a horrible Eastern Conference. It's one thing when a conference has maybe one or two teams in the 7 and 8 spot under .500. But when 13 out of 16 teams in the conference are below the .500 mark, something is going horribly wrong. I know it's too late for the NBA to fix the problem this season, but I pray that the NBA will give this issue some serious thought and try to do whatever they possibly can do to prevent such a horrible disaster like this from happening again.