Saturday Slam: Are the Timberwolves better off with Andrew Wiggins? 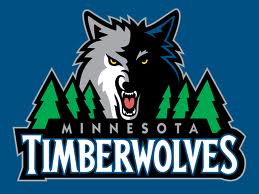 Obviously, the biggest winner of this trade is the Cleveland Cavaliers since they now have solidified themselves as the favorites to win the Eastern Conference with LeBron James, Kyrie Irving, and Kevin Love as their "Big Three". The Minnesota Timberwolves made off very well in this trade, too and perhaps may end up being the winners of the trade should Andrew Wiggins reach his full potential.

Putting aside the fact that Kevin Love was going to leave in free agency and that a trade was necessary, I think it is interesting to ask if the Timberwolves are actually better off as a result of this trade. While it is a disappointment to lose the best power forward in the NBA, getting back a young player who could lead you to a championship in 5-10 years makes things a lot easier to swallow. In addition, when you look at the other young talent they got with Anthony Bennett and Thaddeus Young, it starts to look more and more like the Timberwolves just committed a high-end level robbery.

Andrew Wiggins could wind up being the best player in the NBA in five to ten years, Thaddeus Young is a budding all-star forward, and Anthony Bennett could likewise prove himself to be an all-star caliber player in a few seasons. Plus, when you factor in the fact that they have Gorgui Dieng as a legitimate presence in the post that actually defends better than Kevin Love while also possessing a fantastic pass-first point guard in Ricky Rubio, the Timberwolves suddenly don't look so bad after all. As a matter of fact, they look like a team that may not even miss the presence of Kevin Love,  especially since they weren't going to win a championship with him anyways.

Obviously, only time will tell if this trade actually works out for the Timberwolves. Perhaps Andrew Wiggins doesn't live up to expectations, Anthony Bennett continues to struggle, and the rest of the young players will also fail to reach their full potential. But assuming that things go reasonably well for all of these young players, it looks like the Timberwolves did very well with this trade and likely are better off as a result.