Bear Territory Tuesday: Cal has to get everybody on the same page 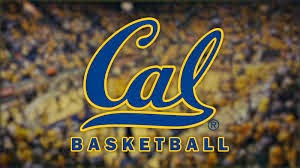 Cal lost their second meeting with Stanford on Saturday by the score of 72-61, giving Stanford a 2-0 sweep of the season series. Stanford as a result improves to 17-9 overall and 8-6 in the Pac-12 while Cal falls to 16-11 overall and 6-8 in the Pac-12. Cal needs to rebound quickly from Saturday's loss and get ready for a really tough four game stretch to finish the season.

Cal's remaining schedule is very daunting: All four schools are ahead of Cal in the conference standings, two of the four remaining schools (Oregon and Oregon State) are schools that Cal hasn't yet faced, one of the games (@Arizona) is almost a guaranteed loss, and at a minimum Cal has to win three of their remaining four games.

Cal is really behind the 8-ball and what's scary is that their present situation looks way better than anything we could have imagined after their hideous 1-6 start in the Pac-12. Cal was on the cusp of complete self-destruction and now they've at least restored a sense of dignity and pride. However, dignity and pride does't get you into the NCAA tournament. Playing good basketball does, and that's what Cal has to do in each and every game they play from here on out.

The biggest problem for Cal all season has been their inability to get everybody on the same page. David Kravish for example had a career game against Stanford, posting 23 points and grabbing 12 rebounds, while Tyrone Wallace only had 11 points, 2 rebounds, and 4 assists. Cal won't win any of their remaining games if only one or two of their key players play well while the rest of the team goes stupid. Cal really needs all of its players to step up. Especially Tyrone Wallace, David Kravish, Jabari Bird, and Jordan Mathews.

The bench of course has to step up, too, but as Cuonzo Martin said in his press conference before the Stanford game, role players aren't expected to come off the bench and be your best players. They're on the bench for a reason and so if the team is going to have success, it has to start with the stars and the bench players have to feed off of their success.

What's frustrating for Cal is that they have the potential to be a very good team and yet they haven't established any sort of consistency: Tyrone Wallace is one of the best point guards in the country, David Kravish is one of the best big men, Jordan Mathews is one of the best shooters, and Jabari Bird has athleticism and talent that makes NBA scouts drool. If all four guys are playing well at the same time, Cal can beat anybody in the country for the exception of maybe Kentucky and Virginia. The issue is that there hasn't been one game all season in which all four guys played well. It's usually just been Tyrone Wallace and he can't at all be expected to carry the team on his shoulders.

If Cal wants to win three of their remaining four games and give themselves any hope of winning the Pac-12 tournament, they have to get Wallace, Bird, Mathews, and Kravish playing well together. It's that simple. If those four guys can figure out how to gel and all get the most out of each other, Cal could maybe go on another four game winning streak in Las Vegas. If they can't, they will be praying for a home game in the NIT.