Wednesday Windmill: Do the Miami Heat have a franchise player in Hassan Whiteside? 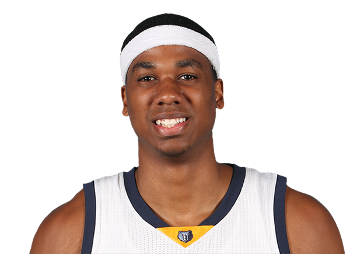 Hassan Whiteside has burst onto the NBA scene like an extra in a motion picture suddenly becoming the star of the film. Whiteside's path to NBA glory has been an usual one with stops in Sacramento, Reno, Sioux Falls, Rio Grande Valley, Lebanon, China, and Iowa. What probably allowed him to keep finding work was his freakish size of 7'0 and 265 lbs. But for whatever reason, Whiteside wasn't able to blossom until this season, four and a half years after he was drafted in 2010.

Now that he has blossomed into a multi-faceted big man who can score, block shots, and rebound at all-star level rates it is beyond puzzling that so many NBA teams passed on him and that he was actually playing overseas for a time. Still, he eventually found his groove and now is one of the most prized possessions in the NBA.

What allows Whiteside to be so dominant is that he moves extraordinarily well for a person of his size. He is able to get back on defense really quickly and move laterally to block shots in the paint. In addition to his really good footwork, he has really good hands which allows him to score with relative ease in the paint. A seven-footer with his mobility, footwork, and hands is so hard to come by that if he were exhibiting this type of play coming out of college, he would be a number one overall pick in the upcoming draft.

Given that he is consistently playing so well, the Miami Heat absolutely have a franchise center in this kid and now they have to do him right by paying him whatever he wants in the offseason, even if it means getting rid of Dwyane Wade and Chris Bosh. Guys like Hassan Whiteside come around maybe once every decade and the Heat have to take advantage of the fact that he's on their roster at the moment.

Letting him go would be a huge mistake by the Heat and in the process would create quite a bidding war in free agency from multiple teams across the NBA. What's so amazing about his story is that he has gone from being a guy that nobody wanted to a guy that every team in the NBA is desperate to have their hands on. It almost feels like some form of poetic justice.