Saturday Slam: Is a Donald Trump presidency good for the Toronto Raptors? 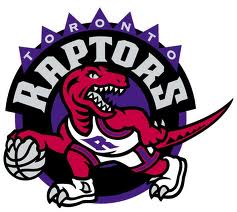 As for what a Donald Trump presidency means for the NBA, I think it is entirely possible that having Trump in the White House will create a sudden interest in NBA free agents wanting to play for the Toronto Raptors, the lone NBA team that will be able to escape the wrath of a Trump administration. With all this talk of people wanting to move to Canada, why is it crazy to think that there will be some NBA players who want to get out of the United States until a new president takes over? The Toronto Raptors could be on the verge of a major free agency coup all courtesy of Donald Trump taking over as President of the United States. 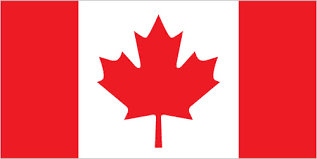 While Toronto is a beautiful city in a beautiful country, their status as Canada's lone NBA team hasn't exactly been a plus when it comes to recruiting free agents. But, with Donald Trump taking over the helm, suddenly, their lone Canadian NBA status makes them a team that can provide NBA players with a path to join the mass American exodus into Canada that is sure to happen.

The only question is whether or not the very best players in the NBA will want to escape to Canada. If not, the Toronto Raptors may only see a slight improvement in the quality of free agents that they make, but should some really high profile players like Blake Griffin decide they want out of the United States and see Toronto as their only option, the Raptors could quickly build a championship contending team for seasons to come.

While the concept of a Trump presidency leading to a Toronto Raptors NBA championship sounds absurd, let me ask you this: If you are an NBA player who dislikes Donald Trump, wouldn't you give the Toronto Raptors a more serious look? Wouldn't that team look a lot more appealing to you than they did before? I think upon serious reflection, the answer is absolutely you would.

So, with that being the case, I think it's totally reasonable to expect big things from the Toronto Raptors during the Donald Trump administration. The very best players in the NBA are likely to seriously consider Toronto as a possible destination for them in free agency as a means of escaping Donald Trump. It's really not as crazy of a notion as you would think.

So, with this all being true, I really think a Donald Trump presidency is wonderful for the Toronto Raptors. They've been looking for a free agency recruiting advantage for quite some time and now they finally have it: They don't play in a country that is ran by Donald Trump. It's a simple advantage, but one that could pay major dividends for them in the coming seasons.
Posted by Ben Parker at 2:53 AM