Saturday Slam: The Golden State Warriors rested their stars against the San Antonio Spurs. Why? 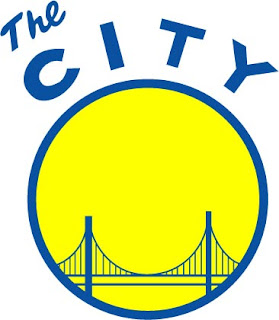 For the first time all season, the Golden State Warriors do not appear to be a lock to have home court advantage throughout the playoffs. As a matter of fact, they only have have a .5 game lead on the San Antonio Spurs after getting drubbed in San Antonio on Saturday by a final score of 107-85. The Spurs were without Tony Parker (back), LaMarcus Aldridge (heart arrhythmia), and Kawhi Leonard (concussion) and still found a way to pummel the Warriors, who were without Kevin Durant (knee), Stephen Curry (rest), Klay Thompson (rest), Draymond Green (rest), and Andre Iguodala (rest).

Yes, you read that correctly. The Golden State Warriors rested their stars against a San Antonio Spurs team that was banged up and only 1.5 games back of them. The question that I have after seeing this box score is why?

The following is an explanation of the Warriors' logic courtesy of The Associated Press.

“It’s more about May and June than March,” said Matt Barnes, who the Warriors signed after Durant’s injury. “I understand the frustration from people, but we’re working for something bigger right now. So, we’ve got to do what’s best for our players. We apologize. You’ll definitely see our stars when it counts.”

Earning the top seed is important, but Warriors coach Steve Kerr said keeping his team healthy is a greater priority. Golden State concluded a stretch of eight games in 13 days, including the second night of a back-to-back that saw the Warriors arrive in San Antonio at 3 a.m. Saturday.

Whether the Warriors want to admit it or not, if they find themselves in a Game 7 in the Western Conference Finals at San Antonio, they may look back at this game in March and think to themselves, "You know what, we had a golden opportunity to steal one in San Antonio and we didn't take advantage."

It would be different if the Spurs were at full strength and the Warriors really didn't think the could win. But, with Tony Parker, LaMarcus Aldridge, and Kawhi Leonard out, the Warriors should have played Stephen Curry, Klay Thompson, Andre Iguodala, and Draymond Green. I understand the NBA is a grind and that this was the second half of a back-to-back, but playing basketball is their job and in a game against the one team in the West with a real shot at knocking them off, they have to be on the floor. It's that simple.

If Steve Kerr is so concerned about resting his guys, that's fine, but he shouldn't do it in such an important game with so much on the line. Typically, he's right  that the NBA regular season doesn't matter much, but a game against the Spurs in San Antonio is as close to being a playoff game as any regular season game can get. To treat this game like the Brooklyn Nets are coming to town is just absurd and ridiculous.

I think Steve Kerr is a great coach and I don't want to come off as thinking I know more about what's best for his team than him. I don't. But, if I can be real, I don't understand this one. The Spurs were legitimately banged up and probably wouldn't have won if the Warriors had played their stars. By losing this game, the Warriors are now just .5 games up on the Spurs whereas had they won, they would be 2.5 games up on the for the #1 seed in the Western Conference. Giving up that kind of cushion just to rest your guys in March seems like a stupid trade off to make. The stakes are just too high and the Warriors ultimately didn't say enough in the post game to convince me otherwise.

Note: Both Kawhi Leonard and LaMarcus Aldridge are out indefinitely at this time.