Tomahawk Tuesday: Are the Sacramento Kings finally turning the corner? 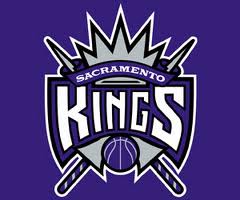 It's been a while since I've written a blog post about the Sacramento Kings, but due to all the moves that they've made, they've become a team worth writing about.

The Kings kicked off the summer by having a fabulous draft, landing Kentucky point guard De'Aaron Fox, North Carolina small forward Justin Jackson, Duke power forward Harry Giles, and Kansas point guard Frank Mason III. Fox is the headliner due to his comparisons to John Wall, but Jackson, Giles, and Mason are very promising rookies as well. After trading away DeMarcus Cousins to the Pelicans, the Kings were in need of getting some fresh young blood in their system and they couldn't have asked for a better draft to accomplish this goal.

In free agency, the Kings landed George Hill and Zach Randolph, giving them a very underrated point guard-power forward duo. Hill and Randolph are both very focused players that will bring a sense of professionalism and seriousness that has been missing from the Kings in recent years.

As a result of all these moves, the Kings have undergone a fairly radical transformation. Fox looks like their franchise player for the future, Jackson, Giles, and Mason look like solid role players, and both Hill and Randolph are veterans that can lead while the young bucks adjust to the rigors of the NBA. Their combination of youth and veteran leadership is very nice.

While I'm not sure if this Kings team will make the playoffs next season, they are definitely turning the corner. With a new arena and improved roster in place, the Kings finally have a product that the city of Sacramento can get behind. It's just a matter of giving it some time to fully develop.

To connect with NBA Lord on Google Plus, click here.
Posted by Ben Parker at 7:59 PM