Saturday Slam: How big of a blow is Brandon Knight's ACL injury to the Phoenix Suns? 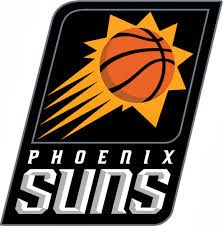 Earlier this week, it was revealed that Phoenix Suns point guard Brandon Knight suffered a torn ACL in his left knee during a pro-am game. Due to the nature of the injury, it is anticipated that Knight will miss the 2017-18 season after undergoing surgery.

On the surface, this appears to be a pretty significant blow to the Suns. Knight's name has been frequently mentioned as one of the rising stars in the league. He averaged 19.6 points and 5.1 assists per game for the Suns in the 2015-16 season and was billed as a cornerstone piece of the franchise when he was acquired from the Milwaukee Bucks. 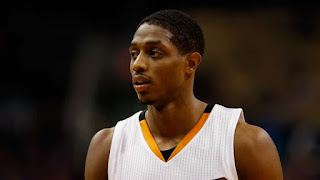 After having what appeared to be a breakout season in his 2015-16 campaign, Knight has since struggled to replicate that same type of success, largely due to injury. Last season, he played in only 54 games and averaged 11.0 points and 2.4 assists per game. He only saw 21.1 minutes of action per game and never was able to get into a rhythm. Now that Knight has suffered a torn ACL on top of the struggles he had last season, it's fair to question whether or not he'll ever return to his former self.

As far as what this means for the Suns, this is a significant blow in the sense that they acquired Knight with the hopes of becoming one of their franchise players and he is clearly not living up to the hype. What also is unfortunate for them is that Knight is scheduled to make $13.6M in the 2017-18 season, $14.6M in the 2018-19 season, and $15.6M in the 2019-20 season before hitting unrestricted free agency in the summer of 2020. It'll be hard for them to move a guy whose contract requires teams to pay him more with each season.

On the flip side, it's not like the Suns are holding their breath on Knight being their franchise player for the future. Guards Devin Booker and Eric Bledsoe, both of whom scored over 20 points per game last season, are viewed as the franchise centerpieces for the future along with rookie small forward Josh Jackson. The Suns can continue to build around those guys and focus their attention on getting them the pieces that they need to succeed.

Ultimately, the loss of Brandon Knight is significant for the Suns because they've invested a lot of money into him and have him under contract for the next three seasons. When you acquire a guy with the hopes of him being a franchise centerpiece and he doesn't deliver, that always stings. The good new for the Suns is that they have Devin Booker and Eric Bledsoe to build around in the backcourt instead. They're already used to playing without Knight and appear to already be preparing for the future with him not in the picture. What would soften the blow even more is if the Suns could find a team willing to roll the dice on him, but at this point, the odds of that happening appear to be pretty low.