Triple-Threat Thursday: Will Lonzo Ball save the Los Angeles Lakers? 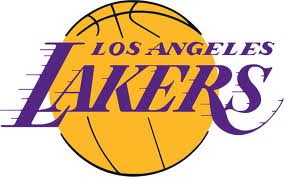 The Los Angeles Lakers are hopeful that they finally have their franchise player for the future in rookie point guard Lonzo Ball, who they drafted #2 overall out of UCLA. At 6'6", 190 pounds, Ball draws comparisons to Jason Kidd due to his combination of size, speed, quickness, and strength. He handles the ball extremely well and is a gifted passer. On top of that, he scores really well around the rim and also knows how to shoot from deep, making him a very tricky player to defend.

While there's a lot to like about Ball and what he brings to the table, is it too early to label him as the savior of the franchise? On the one hand, the answer is obviously yes because we've seen many a talented rookie fall short of their lofty expectations. You never know what will happen in the future and given that he hasn't even played in a game, Ball is yet to prove himself on an NBA floor.

At the same time, it's hard to see Lonzo Ball not living up to expectations. Nobody is calling him the next Kobe Bryant, but to see him as a guy who produces like Deron Williams in his prime seems to be pretty reasonable. Unlike with some guys, you don't need to look up Ball's statistics and use analytics to justify the hype. He passes the eye test with flying colors and I'm a believer in the eye test being the most important test.

While Ball is obviously a fantastic piece to build around, the Lakers still have a ton of work to do in order to put him in the best position to be successful. Brook Lopez has a history of getting injured, so it's no guarantee he stays healthy. Even if he does, he's getting older and can't be counted on as a long-term piece to build around. Julius Randle, who averaged 13.2 points and 8.6 rebounds per game last season, looks promising, but it's still too early to label him the second coming of Karl Malone.

If the Lakers can add one more quality young piece to the mix, I think they'll really have something to get excited about. An elite point guard is practically a must in today's NBA. Assuming they have that need checked off, the Lakers are definitely on their way back to glory.

Triple-Threat Thursday is a weekly piece focusing on the NBA Draft/Rookies.