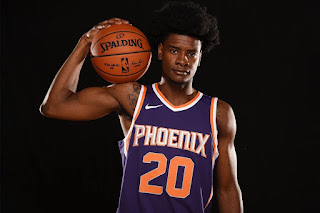 Last week, Phoenix Suns rookie Josh Jackson did something very foolish: He ran his mouth. When addressing two-time NBA MVP Stephen Curry, Jackson did not pull back any punches, choosing to instead criticize the future Hall of Fame player by calling him "small and unathletic." After rightfully receiving blow back for his comments, Jackson tried to save face on Twitter, saying that the media is twisting his words.


Jackson's attempt at giving his comments context failed. When you call a player in the NBA  "small and unathletic", there's no way to not take that as an insult. What's worse is that Jackson's comments aren't even true.  At 6'3", Stephen Curry is not "small" and as a guy who can dunk a basketball and cross up the best defenders in the league, he is certainly not "unathletic."

What makes Jackson's comments especially idiotic is the fact that his team plays in the same division as the Golden State Warriors. He's going to face Curry four times a year, so it's not like he's going to be able to hide from him. If Jackson played for an Eastern Conference team, his comments wouldn't be as big of a deal since he wouldn't really be competing against the Golden State Warriors all that often. But given that he's in the same division as Curry,  he's going to be setting himself up for four nights of hell every year. 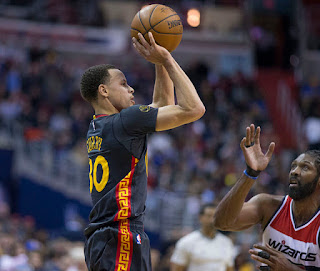 Do you think I'm exaggerating? Do you think Stephen Curry is too nice of a guy to want to put someone in their place? Think again. Curry might have the look of a really nice guy and I'm sure he is off the court, but on the court, he's an absolute assassin, eager to deliver one dagger after the next to all of his opponents.  Whether Josh Jackson likes it or not, he will get the message loud and clear that Stephen Curry is not "small" or "unathletic."

To connect with NBA Lord on Google Plus, click here.
Posted by Ben Parker at 11:03 PM