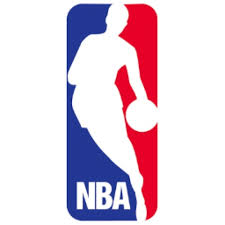 Earlier this week, it was revealed that the NBA All-Star Game was getting rid of the East vs. West format in favor of a format that replicates playground basketball where two captains pick their teams. The way it will work is that two guards and three front court players from each conference will be voted in by fans, players, and media while the remaining All-Star players will be selected by the NBA head coaches. The top two vote getters will be the captains.

This departure from the East vs. West format feels weird in that it's the only format I've ever known. It's the only format that any of us has known. That doesn't mean a departure isn't a good idea, but it is important to acknowledge the historical significance of this.

In regards to the format itself, I have to admit that I do like it. It adds more meaning in that players' egos are actually involved in a way that they weren't before. The guys that get picked last will feel the need to prove themselves more and feelings might be hurt a bit as one player passes on a teammate to pick a guy who he thinks might be a better fit for his team. These kind of possibilities make this format very intriguing. As a result of these possibilities, we should see more competitive games since guys will have more to play for.

At the same time, this game still won't have any metaphysical meaning. Home court advantage in the playoffs won't be on the line or anything of that nature. I'm not in favor of the All-Star Game having any such meaning, but it is important to note that we'll still probably see carefree basketball for three quarters and then intense basketball for the final eight minutes or so. That part of the game I doubt will change much.

Still, I do find this new format to be exciting for all the reasons I listed above. More than anything, it shows that the NBA is willing to try new things and not let things go stale. The NBA All-Star Game has been in need of some sort of change and I think fans will welcome what changes this new format brings.

Something that has been kicked around is whether or not this means the NBA is open to shaking up its playoff format by admitting the top 16 teams into the playoffs regardless of conference. While I think such talk is a bit premature, I could see the NBA adopting such a format in the future. I think the league is tired of seeing teams with losing records in one conference make the playoffs while teams with winning records in another conference miss the playoffs. It certainly does make sense for the NBA to explore switching to a format that ensures the top 16 teams make the playoffs.

While a change to the playoff format is probably something that would get fans even more excited, changing the All-Star Game format is a good start for the league. It's always good to come up with creative ways to make your product more exciting for your consumers. This philosophy is what's making the NBA the most successful professional sports league in the country.

Note: My friend Brandon Condron shared his thoughts on the new All-Star format. Check out his video below!