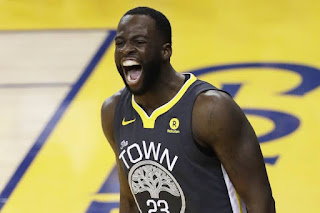 Earlier today, ESPN's Adrian Wojnarowski reported that Draymond Green and the Golden State Warriors have agreed on a four-year, $100M contract extension, giving him a five-year $118M contract in full. Green could have been an unrestricted free agent next summer, but instead has decided to re-up with the Warriors while taking a potential pay cut in the process. Had he hit unrestricted free agency next year, he could have been looking at a $235M contract, which is just mind boggling.

Rather than doing a standard "Here's why he's worth or not worth this contract" type of article, I wanted to explain why Green is the modern version of Dennis Rodman. While known more for his antics and colorful hairstyles, Rodman was an absolute beast on the court. He won five NBA championships, was named Defensive Player of the Year twice, made two All-Star appearances, was named to seven NBA All-Defensive First Teams, and led the NBA in rebounding seven years in a row from 1992-1998. He was the epitome of tenacity, hustle, and determination. 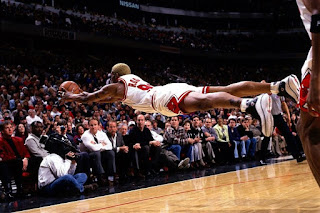 While he doesn't have his hair dyed in different colors every night with tons of tattoos and body piercings, there's actually a lot that Green has in common with Rodman. Through his first seven seasons in the NBA, Green has three NBA championships, three All-Star appearances, three NBA All-Defensive First Team honors, and one NBA Defensive Player of the Year honor. When you consider the pace he's on, Green could walk out with a Hall of Fame resume very similar or perhaps even better than Rodman's.

In addition to the accolades, Green plays a pretty similar style as "The Worm." They both pride themselves on their energy, passion, and ability to get in the heads of their opponents. They like to annoy opposing teams and are generally only liked by fans of their team. On top of that, both are undersized post players (6'7", 220-230 pounds) who pride themselves on shutting down bigger players due to their hustle, determination, and grit. One final commonality they share is they were early second round draft choices. Rodman went #27 overall in the second round to the Detroit Pistons in the 1986 NBA Draft while Green went #35 overall in the second round to the Golden State Warriors in the 2012 NBA Draft.

In terms of who would you rather have on your team, you really can't go wrong with either player. Green gives you a more well-rounded attack with his scoring, shot blocking, steals, and solid rebounding while Rodman gives you a ridiculous rebounding attack backed up by adequate scoring, and solid all-around defense. In some ways, both players are products of their own eras. Green plays in an era where players are expected to be more well-rounded while Rodman played in an era that allowed players to carve out more of a niche. Rodman found his niche with rebounding and thrived as a result. Had Green played in Rodman's era, he probably would have been much more of a specialist while had Rodman played in today's era, he would have probably been a more well-rounded player.