Skyhook Sunday: Can anyone in the East stop the Cleveland Cavaliers? 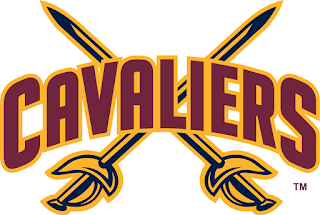 The Cleveland Cavaliers made quick work of the Indiana Pacers, completing their four-game sweep on Sunday by a final score of 106-102. LeBron James had another fabulous game, finishing with 33 points, 10 rebounds, and 4 assists while Kyrie Irving finished with 28 points. The Pacers gave the Cavaliers a good scare in Game 1, losing 109-108 after C.J. Miles missed what would have been the game-winning shot from the elbow. After that game, the Cavaliers took firm control of the series and never looked back.

Going into the playoffs, the one team who we all thought had a chance at dethroning the Cavaliers in the East was the Boston Celtics and after the way we've seen them struggle with the Chicago Bulls (2-2 series at the moment), it's hard to see them finding a way to take out the Cavaliers even with home court advantage.

Earlier in the week on TNT, Charles Barkley made a great point, stating that the Cavaliers don't respect anybody in the East. He's right. The Cavaliers' sole mission is to make sure they are healthy and in a good groove come the NBA Finals. They respect whoever the Western Conference produces as their champion, but there isn't one team in the Eastern Conference who they respect.

That isn't to say there aren't players in their conference who they respect. I'm sure LeBron James has a lot of respect for Paul George, Isaiah Thomas, DeMar DeRozan, Giannis Antetokounmpo, and others, but that's different than respecting the teams that they play on. The bottom line is that the Cavaliers more or less believe it is a foregone conclusion that they'll be playing in the NBA Finals and as such treat the rest of the Eastern Conference as a mere afterthought. The Eastern Conference playoffs are merely hoops to jump through en route to the NBA Finals.

While the Cavaliers believe that they are virtually invincible in the Eastern Conference, is that really the case? Is there any team that has the ability to upset them? As much as I want to say that there is, it's pretty tough to think of any team who has a real shot at doing so. The Celtics as I've already mentioned are struggling to get out of the first round, the Raptors are likewise having a difficult time with the Bucks, and the Wizards I don't quite feel are ready to advance to the NBA Finals, though they are certainly putting together a championship caliber team.

As of right now, there really doesn't appear to be a team in the Eastern Conference capable of knocking off the Cavaliers. That isn't to say there aren't other good teams worth watching. The Bucks are developing into a serious contender as are the Wizards and Celtics. It's just that none of those teams are there yet. Give them a couple more years and it very well might be a different story. But as of right now, expect it to be smooth sailing for the Cavaliers all the way until the NBA Finals.