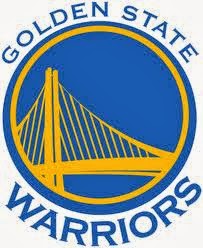 After missing the entire month of March and the beginning part of April due to a Grade 2 left MCL sprain and tibial bone bruise, Kevin Durant will return to the lineup for the Golden State Warriors tonight when they take on the New Orleans Pelicans. The team announced this earlier today while also announcing that Stephen Curry would not be playing tonight due to a left knee contusion.


The return of Kevin Durant is obviously huge for the Warriors as they are trying to enter the playoffs with all of their pieces healthy and ready to play. As good as this team was a year ago without Durant,  it is clear that his addition has been huge, giving them one more offensive weapon that can take over a game. Durant has been the most efficient player on the team, averaging 25.3 points per game (tied for 1st with Stephen Curry) while also averaging fewer field goal attempts than Curry and more free throw attempts.

Kevin Durant's presence has made the Warriors all the more efficient on offense and as we saw at times last year, their tendency to play inefficiently got them into some trouble. Durant hasn't just made the Warriors more efficient through his own efficiency. He has in turn made Stephen Curry and Klay Thompson more efficient as well by not making them feel the pressure to take as many shots as they did last year. While it is true that the Warriors didn't need Durant from a pure scoring perspective, it is beyond clear that they have tremendously benefited from his ability to make them play much cleaner and more efficient basketball.

Going forward, the main goal of this Warriors team is to just stay healthy until the playoffs start. By being 4 games up on the San Antonio Spurs, the Warriors virtually have the top seed clinched. They just need to make sure that they are well rested and in a good spot for when the playoffs begin. The Warriors remain my pick to come out of the Western Conference, but with the Spurs right on their heels, staying healthy and in a good groove are vital in order for them to get back to the NBA Finals.