Saturday Slam: The Memphis Grizzlies won't go down without a fight 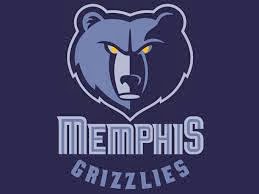 On Saturday night, the Memphis Grizzlies defeated the San Antonio Spurs 110-108 in overtime to even the series at 2-2. Grizzlies point guard Mike Conley and Spurs small forward Kawhi Leonard dueled it out down the stretch and in the end, it was Grizzlies center Marc Gasol who hit the game winning shot, leaving the Spurs with just .7 seconds on the clock to go the length of the floor.

Mike Conley finished with 35 points, 9 rebounds, and 8 assists while Kawhi Leonard finished with 43 points and 8 rebounds. Both guys played an amazing game and left it all out there on the floor. It was definitely the best game of the playoffs so far.

This win by the Grizzlies encompasses what they are all about, which is playing hard and never quitting. The Grizzlies could have easily packed this one in and given up considering the brilliant play of Kawhi Leonard. Instead, Mike Conley lived up to his record-breaking contract and delivered the goods down the stretch, hitting multiple clutch floaters in the lane and doing everything he could to get his team the win.

In my series preview, I picked the Spurs to win in six games and I stand by that pick. The Spurs are the more talented team and in the end, that is what I think will make the difference. That said, the Grizzlies are showing a lot of fight in this series and certainly have a great chance to take the Spurs to a Game 7.

At that point, anything can happen. Mike Conley is proving his worth and he's getting good support from the likes of Marc Gasol, Zach Randolph, and JaMychal Green. Andrew Harrison stepped up with a key block from behind down the stretch, so the Grizzlies really are making winning plays on both ends of the floor.

You don't have to be a Grizzlies fan to respect them. They play hard, they don't give up, and they play as a team. They aren't flashy but what they do works. They only care about winning games and they don't care how ugly they need to play to get the win. Tonight, they made winning plays down the stretch and didn't back down. Whether or not the Grizzlies actually come out on top in this series remains to be seen, but what is certain is that they won't go down without a fight.