Fadeaway Friday: Northern Arizona Suns are off to a sizzling start in their new location 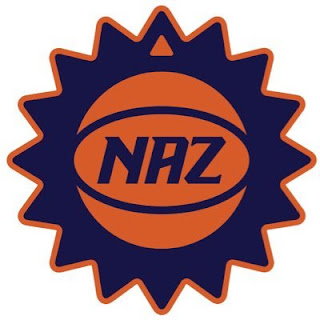 Starting this season, the Phoenix Suns have their own D-League affiliate located in Prescott Valley, Arizona called the Northern Arizona Suns (formerly Bakersfield Jam).  Despite having a totally new coaching staff and a new location, the Northern Arizona Suns are off to a fantastic 6-1 start, which is good enough for 1st in the Western Conference.

The Suns are led by former Colorado guard Askia Booker (22.4 points per game) and guard Elijah Millsap (20.7 points per game), who is best known as Paul Millsap's younger brother.  The Northern Arizona Suns have really been playing some good basketball, holding opponents to just 91.0 points per game, which is second best in the NBA Development League. A big reason for the Suns' defensive success is they are holding opponents to just 41.1% shooting from the field and 28.0% shooting from 3-point range while also controlling the glass 44.7-41.0 on average. They are doing a really good job defending the perimeter and limiting second chance points.

As far as NBA talent is concerned, Elijah Millsap has been in and out of the NBA while Askia Booker has only had NBA Summer League stints. However, with trade rumors surrounding Suns point guard Brandon Knight, it's possible that the Phoenix Suns will call up Askia Booker and give him a shot should they deal Knight for some other pieces. In addition to his 22.4 points per game, Askia Booker is averaging 5.4 assists, 1.2 steals, and only 1.6 turnovers. Booker's 3.375 assist-to-turnover ratio is really impressive and really speaks to his potential as an NBA point guard.

Going forward, look for the Northern Arizona Suns to continue to do well in the NBA Development League due to their team defense, rebounding, and overall efficiency. As far as Askia Booker is concerned, don't be surprised to see the Phoenix Suns call him up in the near future. Especially if they deal Brandon Knight for someone that isn't a point guard. Part of the reason for the Brandon Knight trade rumors could be a function of Askia Booker's success in Prescott Valley and his potential to provide quality off the bench point guard production for a fraction of what they are paying Brandon Knight. The NBA is all about doing what makes the most economic sense in order to help your team win. Trading Brandon Knight and giving Askia Booker a shot to shine could be a very beneficial move for the Phoenix Suns.

Click here to connect with NBA Lord on Google Plus.
Posted by Ben Parker at 11:41 PM