Saturday Slam: Looking back on the career of DeShawn Stevenson 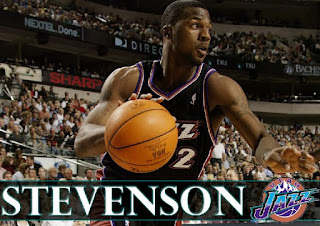 Earlier this week, DeShawn Stevenson officially retired from pro basketball after having not played in the NBA since the 2012-13 season with the Atlanta Hawks. I thought that with him officially hanging up his sneakers, it would be good to reflect on his career.

When I think of DeShawn Stevenson, I still think of his early days with the Utah Jazz, who drafted him with the 23rd overall pick in the 2000 NBA Draft. When the Jazz drafted him, they were hoping he would become their franchise player for the future due to his athleticism and upside.

To give you a sense of how much upside he had, NBADraft.net compared DeShawn Stevenson to Michael Jordan: "Special player. Extremely gifted athlete. Great ball handler. Very advanced shooter and scorer for his age. A showstopper. Can play the 1 or 2. Won the McDonald's High School dunk contest. Super character. As NBA ready as any HS player in his class."

While he never lived up to the hype that NBADraft.net created, DeShawn Stevenson still had a very good NBA career. Defense became his calling card and he was more than ok with that. He didn't care that he wasn't the star of the team. He took great pride in defending at a high level and making things as tough as possible on the opposing team's star player.

DeShawn Stevenson's defense was so good that it gave LeBron James fits back when the Cleveland Cavaliers would battle the Washington Wizards in the mid-late 2000s and once again when the Dallas Mavericks defeated the Miami Heat in the 2011 NBA Finals. DeShawn Stevenson's defense was a major reason for why the Mavericks won that series over the Heat. His ability to defend LeBron James at a high level and get in his head gave the Mavericks a significant advantage in that series that other teams didn't have when facing the Heat. 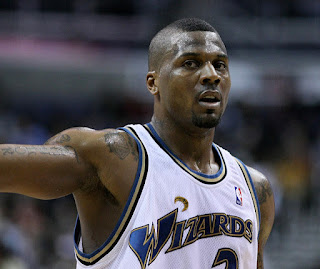 During the 2011 NBA Finals, DeShawn Stevenson was a bit of a crazy guy and in a good way. He had a Dennis Rodman like edge to him to accompany his stellar defense, which really made him a series changer. The fact that DeShawn Stevenson could defend LeBron James so well is reason enough to say he had a great NBA career and then when you consider that he lasted for 13 seasons and picked up an NBA championship ring along the way, his career suddenly appears to be a very good one.

If there is anything that DeShawn Stevenson exemplifies it is toughness. You have to be tough to play in the NBA for 13 seasons, especially if defense is your calling card. His career averages of 7.2 points, 2.2 rebounds, and 1.6 assists per game don't do a very good job at telling the story of his career. DeShawn Stevenson at his best was a game changer on the defensive end of the floor and he took great pride in being just that. He was selfless and put his team first. He's a player who more NBA players should exemplify from the standpoint that he was totally content with doing his job in the background.

In a league where too many players are concerned with how many points they score or how many all-star teams they make, DeShawn Stevenson was worried about how many points he allowed his man to score and whether or not he was getting inside the heads of his opponents. Guys like DeShawn Stevenson are hard to come by because what they do isn't glamorous and it takes a lot of hard work.

DeShawn Stevenson showed up every night and played elite defense night in and night out. That says a lot about the kind of player he was and the amount of character he had on the basketball court. More basketball players should try to emulate that same kind of character on the floor. If they did, they too would have productive and long careers in the NBA.

Click here to connect with NBA Lord on Google Plus.