Wednesday Windmill: The Brooklyn Nets are a disaster 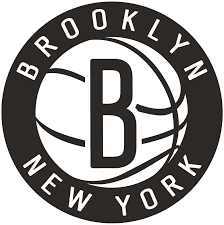 The Brooklyn Nets, to put it simply, are a disaster. While moving to Brooklyn was supposed to give the Nets franchise a much needed boost, it is has so far only given them a boost in the hip-hop world, which values their Brooklyn image and ties to Jay-Z. While becoming more relevant in the hip-hop world isn't a bad thing for an NBA team, at the end of the day, all that matters in the NBA is whether you win or lose games. As of right now, the Nets are doing a lot more losing than they are winning and that's a problem.

The Nets currently stand at 6-17, having lost 8 of their last 10 games while going an absolutely putrid 1-10 on the road. The only real bright spot on this Nets team besides Brook Lopez (20.1 points and 5.1 rebounds per game), is Sean Kilpatrick who is having a very nice season for himself averaging 16.1 points per game on 43.6% shooting from the field and 35.2% shooting from beyond the arc. I remember when Sean Kilpatrick was an undrafted rookie playing for the Golden State Warriors in 2014. The fact that he has gone from being an undrafted rookie to a guy averaging 16.1 points per game in the NBA is certainly worth applauding. So, when I speak ill of the Brooklyn Nets, I by no means want to diminish the great story that is Sean Kilpatrick.

Sadly, outside of Sean Kilpatrick, the Nets have nothing to be excited about. Brook Lopez is a quality centerpiece, but he's been there for a while and watched them deteriorate into the mountain of rubble that they are now. This was a team that once had Joe Johnson and Deron Williams to go along with Brook Lopez. Back then, the Nets were a respectable team that had some people thinking they might reach the Eastern Conference Finals. Now, they are a bottom feeder of the Eastern Conference with no light to guide them out of the dark and gloomy tunnel that they now are dwelling in.

The bottom line for the Brooklyn Nets is that moronic Russian oligarch Mikhail Prokhorov has driven them into the ground and crippled them for seasons to come due to a series of idiotic moves. Trading Derrick Favors for Deron Williams was just the first of several silly moves that set this team back and prevented them from becoming a quality team for the future. Prokhorov rolled the dice and got greedy, hoping to get winning results right away, but all it did was come back to bite him in the rear. Now, he has virtually nobody on his roster to be excited about outside of Sean Kilpatrick and while he's a nice player, he's not a guy who you can build a contending team around. At this point, the only thing that Brooklyn Nets fans can be excited about is the offseason so that they can officially have this abortion of a season put in the rear view mirror. It's a rough season in Brooklyn and what's sad is that it's not going to get any better.