Tomahawk Tuesday: Golden State Warriors are in the zone 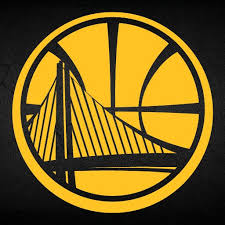 The team with the best record in the NBA at the moment is the 18-3 Golden State Warriors, who have won 9 of their last 10 games. On Monday night, Klay Thompson exploded for 60 points in the Warriors' 142-106 win over the Indiana Pacers and what's perhaps even more scary is the fact that he's the third best scoring option on the team behind Kevin Durant and Stephen Curry.

If there was any concern about this Warriors team going into the season, it had to do with whether or not there would be enough shots to go around and also whether or not they would miss the presence of Andrew Bogut, whose size down low was seen as integral to their championship success. However, it appears as though they are doing just fine with Zaza Pachulia as their primary big man and that they really don't need to play that many big lineups. Kevin Durant, Klay Thompson, Stephen Curry, Draymond Green, and Andre Iguodala is the lineup they most favor and by starting Zaza Pachulia at center, they are able to bring Andre Iguodala off the bench, a role that he loves and thrives in.

While it is true that Stephen Curry and Klay Thompson were used to being the top two shooters on the Warriors last season, it appears as though they still are, but don't have the pressure of having to take as many bad shots. Similarly for Kevin Durant, he too is able to get all the points he wants without having to feel pressured into taking bad shots. He can let the game come to him and be more efficient when he is on the floor.

The bottom line is that so far, I have to say that this Warriors team appears to be better than last year. While I don't see this team eclipsing 73 wins, I do think they are really benefiting from having the extra offensive weapon in Kevin Durant. He is making life easier on Klay Thompson and Stephen Curry by not making them feel as much pressure to generate so much offense. Likewise, Kevin Durant doesn't feel the need to take as many bad shots with those guys around. All in all, these guys really do work well together and it is showing night in and night out. Look for the Warriors to continue to dominate the Western Conference and remain atop the standings throughout the season. It will certainly be interesting to see where these guys are after a couple more months of gelling with each other. It's scary to think about.

Click here to connect with NBA Lord on Google Plus.
Posted by Ben Parker at 11:47 PM