Tomahawk Tuesday: With Blake Griffin out, the Los Angeles Clippers need DeAndre Jordan to step up 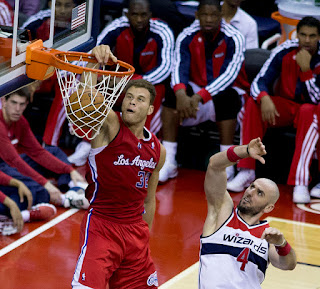 After the Los Angeles Clippers' 117-110 loss to the Washington Wizards on December 18, it was revealed that Blake Griffin would be out 4-6 weeks following a procedure on his right knee. Griffin is having another all-star worthy season averaging 21.2 points, 8.8 rebounds, and 4.7 assists per game. Without his presence, it's little surprise that the Clippers are struggling, but after three straight losses at the Staples Center to the Mavericks, Lakers, and Nuggets, it appears as though the absence of Blake Griffin may be an even bigger deal than initially expected.

With Blake Griffin out, the Clippers will obviously need to rely more on their veteran all-star point guard Chris Paul as well as J.J. Redick, Jamal Crawford, and DeAndre Jordan. All four of those guys will have to step up their game and have expanded roles until Blake Griffin returns. If there's any of those four guys who needs to step up the most, it's definitely DeAndre Jordan. Not only does he play in the front court, but he also is getting paid $87,616,050 over four years. DeAndre Jordan is viewed as the third guy in the Clippers' "Big Three" and so it's time he plays like it. 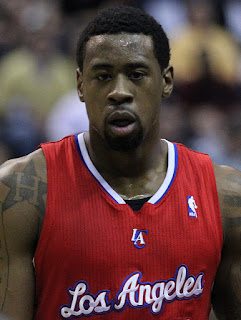 Those aren't bad numbers if Blake Griffin is at full strength, but without Griffin, those numbers should be better. The bottom line is that without Blake Griffin, DeAndre Jordan has to be stepping up and earning his money. A big reason for why the Clippers are paying DeAndre Jordan so much money is to take some pressure off of Blake Griffin since he's had a history of getting hurt.

As I said earlier, DeAndre Jordan is supposed to be the third guy in a Clippers "Big Three" and so far he's not playing like it. This isn't to say that the other guys on the Clippers don't need to do their part as well. They do, but outside of Chris Paul, DeAndre Jordan needs to be the guy who steps up in Blake Griffin's absence. Especially since he also plays down in the paint.

As far as what the Clippers' schedule looks like, they embark on a three game road trip to New Orleans, Houston, and Oklahoma City before coming home to take on the Phoenix Suns on Monday, January 2nd. If DeAndre Jordan and the Clippers don't wake up, they could come into Monday's game on a six-game losing skid and they don't want that.

At 22-11, the Clippers are currently the #4 seed in the Western Conference behind the Rockets, Spurs, and Warriors. With the Thunder on their heels just 1.5 games back of them, the Clippers better get out of this funk fast before they jeopardize home court advantage in the first round of the playoffs. Even though the NBA playoffs aren't for quite a while, seasons can be decided by bad stretches of play. The Clippers better snap out of this bad stretch fast before things start to really get out of control.
Posted by Ben Parker at 10:55 PM