Saturday Slam: The Chicago Bulls need to either fire Fred Holberg or make a trade 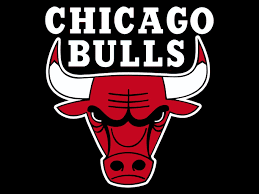 Earlier this week, Marc Stein of ESPN reported that there is talk of Chicago Bulls head coach Fred Hoiberg being in the hot seat due to his team's underwhelming start to the season. In addition to that, Rajon Rondo is unhappy with his role with the team, telling the Chicago Sun-Times earlier today that he would "Absolutely" look to get traded if he continues to see his minutes decline. The Bulls lost to the Bucks today by a final score of 116-96 at home in the United Center, falling to 16-18 on the season and 10th in the Eastern Conference.

The biggest problem the Chicago Bulls have right now is that outside of Jimmy Butler (24.6 points, 6.6 rebounds, and 4.3 assists) and Dwyane Wade (18.8 points, 4.1 rebounds, and 3.7 assists), they are getting virtually no production from anyone else. Rajon Rondo, Jerian Grant, and Michael Carter-Williams might as well go out for a Coke and a hot dog instead of spend time playing in the backcourt while Robin Lopez, Taj Gibson, Nikola Mirotic, and Doug McDermott are playing solid in the frontcourt but not really shining either.

It is my opinion that the Chicago Bulls should be much better than 16-18. If you are an avid reader of my blog, you would know that I picked the Bulls to reach the Eastern Conference Finals this season and at the moment, they are far from getting there. When you have a guy like Jimmy Butler on your team you should be an above .500 team and then when you add a guy like Dwyane Wade who is still good for 18-20 points per game, you should absolutely be a top four team in the Eastern Conference.

The Bulls have one of three options: They can stay the course and hope things get better, they can make a trade, or they can fire Fred Hoiberg. I will take a look at each of these options.

Stay the course: When it comes to staying the course, I really don't see much benefit to this path. Through 34 games, this team is not playing anywhere close to the level they were expecting to and neither Dwyane Wade or Jimmy Butler are part of the problem. Both of them are producing at a high level. The issue is that the rest of the supporting cast is letting them down and not giving Wade and Butler the support they need. Thus, it stands to reason a move has to be made.

Make a trade: Making a trade makes a lot of sense for the Bulls because as I said, the supporting cast around Dwyane Wade and Jimmy Butler isn't stepping up. Plus, what helps is that they have some attractive pieces that might fit better elsewhere. Rajon Rondo is a talented enough guy that someone would certainly be willing to take a gamble on him and Michael Carter-Williams is another guy who could benefit from a change of scenery. If the Bulls could find a team willing to offer something that fits better with Dwyane Wade and Jimmy Butler, they should absolutely pull the trigger.

Fire Fred Hoiberg: The benefit of firing Fred Hoiberg is it's the easiest thing to do and also sends a message to the team that things need to change. It's not always easy to find a willing trade partner, but firing a coach is always an easy thing to do since you don't need two teams to make it happen. Plus, when looking at this roster, it really is hard to believe that this is a sub .500 team in the Eastern Conference. This smells like a situation where the the coach isn't getting the most out of his players, which makes firing him justifiable.

Of course, the Bulls could do a combination of options two and three, which is to make a trade and fire Fred Hoiberg, but breaking down that situation gets messy since you either need to assume that the players are the problem (letting the coach off the hook) or the coach is the problem (assuming the players just need a coach that can get them to gel).

The bottom line is that the Chicago Bulls are at a crossroads and need to make a change fast since the season is starting to slip away from them. I personally think trading Rajon Rondo would be a good first step since he's got the reputation of being a locker room killer and he's not putting up big numbers, so it makes a lot of sense to send him packing.

Firing Fred Hoiberg has pros and cons. If the Bulls really believe he's not getting the most out of his guys, firing him makes sense. However, firing a coach mid-season is really a desperate move that few teams recover from during the season. If the Bulls have any hopes of actually making some noise in the playoffs, keeping Fred Hoiberg for the season actually makes sense. Either way, the Bulls have to do something. Things aren't going well the way they are and unless they make some sort of change, things are guaranteed to not get much better.

To connect with NBA Lord on Google Plus, click here