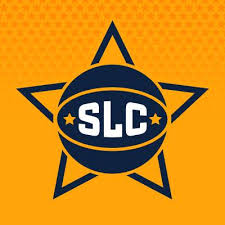 Joel Bolomboy, Marcus Paige, and Tyrone Wallace, the three rookies for the Utah Jazz, are all currently playing for the Salt Lake City Stars, the D-League affiliate of the Utah Jazz organization. Here is  an update on how all three players are developing and what their outlook is at the moment. 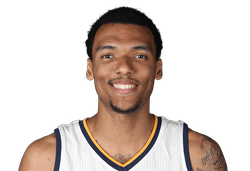 In the D-League with the Salt Lake City Stars, Joel Bolomboy has been averaging 15 points, 12.3 rebounds, and 1 block per game. He's been putting up respectable numbers and has really been thriving in the pick and roll, getting easy buckets inside due to his length and explosive athleticism. His teammates are finding him inside and he is taking full advantage.

As far as his outlook is concerned, it's hard to see Joel Bolomboy getting very many minutes with the Utah Jazz this season due to the presence of Rudy Gobert, Derrick Favors, and Trey Lyles. But, with Derrick Favors battling some knee issues, it is possible that Joel Bolomboy sees some more action this season. He's a talented big that can provide some energy off the bench and provide some relief to some of the Utah Jazz big men. In the meantime, look for Joel Bolomboy to continue to benefit from playing in the D-League. He's definitely a guy who could undergo a transformation playing for the Salt Lake City Stars. 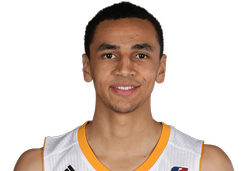 Marcus Paige: Marcus Paige is a 6'1", 175 pound point guard out of North Carolina, who played four years in a Tar Heel uniform. Through 11 D-League games, Paige has been averaging 11.6 points, 2.2 rebounds, and 2.3 assists per game. His season high is 24 points against the Rio Grande Valley Vipers back on December 5.

Marcus Paige has been shooting the rock well for the Stars, coming off screens and popping off threes with his quick left-handed release. He's been shooting 33.3% from 3-point range, which could definitely be better, but isn't bad, either. When given daylight, he has proven himself to be very effective from beyond the arc.

In regards to his outlook, the Utah Jazz have a ton of guards, so it stands to reason that he won't see any minutes with the Utah Jazz this season. But, if he does well in the D-League, he should expect to get another training camp invite and perhaps make another guard in the organization expendable like Raul Neto. 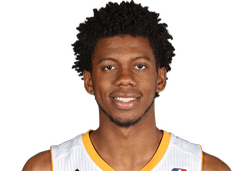 Tyrone Wallace: Tyrone Wallace is a 6'5", 205 pound point guard out of Cal. I got to know Tyrone Wallace well during his senior season at Cal since I cover the team for Rivals.com over at GoldenBearReport.com. Tyrone Wallace has a ton of talent due to his size, ability to score around the rim, and versatility. Tyrone Wallace is a guard who can do a little bit of everything. He can defend, rebound, and facilitate in addition to scoring, so he's very much a multi-dimensional guard.

What's most encouraging from these numbers is his foul shooting. Tyrone Wallace struggled with his foul shooting during his time at Cal (61.3%) and I know for a fact that NBA scouts were hesitant to draft him as a result. They liked everything about his game, but they were unsure about his foul shooting and ability to shoot the ball in general.

With his foul shooting improving dramatically from last season, Tyrone Wallace's stock is going up considerably. The plan is for him to spend the entire season with the Salt Lake City Stars as a draft and stash kinda guy. But, should he continue to shoot well from the foul line like he is, he'll certainly get a training camp spot with the Jazz next season and figure to likely get a few minutes with the Utah Jazz in the NBA. The Utah Jazz still have a lot of depth at guard, so it's way too early to project him as a rotation player for them next season, but if he can find his way onto the training camp roster and make the team, he'll put himself in a position where cracking the rotation is possible.

Note: If you love the Utah Jazz, check out my Utah Jazz blog utahjazz406.blogspot.com. This article also appears on there. Click here to view it.
Posted by Ben Parker at 11:37 PM