Wednesday Windmill: Breaking down the 76ers' dilemma in the front court 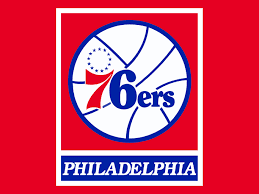 Bryan Colangelo has come out saying that Nerlens Noel is not getting benched and that he won't make a bad trade for his team.


Colangelo on all bigs being on the roster to end the season. "If they all are, so be it. I will not make a bad deal for this organization."
— Derek Bodner (@DerekBodnerNBA) December 19, 2016


While I agree that it's not good to make a trade for the sake of a trade, the 76ers' front court log jam has been seen as an issue ever since they drafted Jahlil Okafor in 2015. With Joel Embiid, Jahlil Okafor, and Nerlens Noel all able to play, the 76ers really do have to make a decision about which of these big men they keep and which of them they let go. This log jam is similar to the log jam the Utah Jazz had when they had Enes Kanter, Rudy Gobert, and Derrick Favors on their roster. What did the Jazz end up doing? They traded Kanter to give more minutes to Gobert and Favors.

Similarly, I would expect the 76ers to trade one of their bigs to give the other two more minutes. As of right now, it appears as thought Nerlens Noel is likely to be the odd man out with both Joel Embiid and Jahlil Okafor as the building blocks of the franchise. At this point, what the 76ers have to do is find a way to not hurt Nerlens Noel's trade value until they find a deal for him. If they don't give him any minutes, not allowing him to showcase his skills, then his trade value will plummet and he'll become even more disgruntled. The 76ers have to at least give him some minutes so that they can make him more appealing to potential suitors. Otherwise, they won't get anything for him.

This log jam was designed to give the 76ers options on the trade market and now that they are ready to use one of their assets on the market, they have to make sure that asset looks good. If the 76ers don't want to hang on to Nerlens Noel for the future because they want to build around Jahlil Okafor and Joel Embiid, that's fine. But, what is just flat out stupid is to lower the value of one of your best trade chips right as you are on the verge of no longer needing him on your roster. The 76ers are definitely mishandling the Nerlens Noel situation and they have to rectify it by giving him more minutes so as to up his trade value. Otherwise, he'll just end up being a wasted draft pick.

Click here to connect with NBA Lord on Google Plus